'God Will Pull Us Through': How One Man Survived a War Zone, Finding Hope and Peace Through Christ 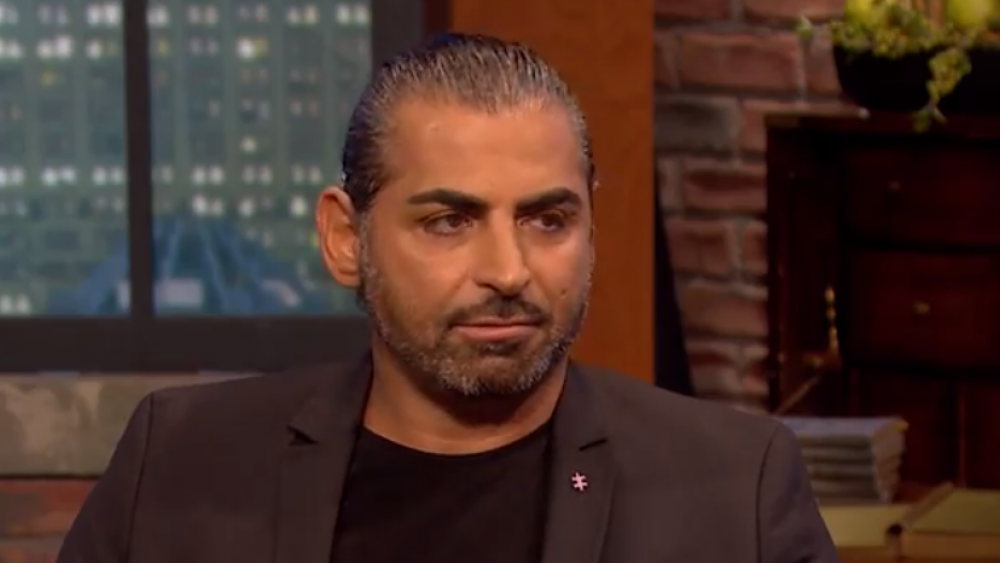 'God Will Pull Us Through': How One Man Survived a War Zone, Finding Hope and Peace Through Christ

The 1967 Arab-Israeli War and Jordan's 1970 crack down on the Palestine Liberation Organization led to much unrest in the Middle East.

And for one young reporter it was a daily fight to stay alive.

Born into war, Abdallah Daher learned at an early age what it meant to survive in a country ravaged by chaos, uncertainty, and death.

In 1970, Lebanon was the battleground in a war between Israel and Palestinians.

While Israelis defended their country, a civil war stirred between Lebanese Christians and Muslims and young Abdallah found himself in the middle of these two wars.

As a reporter, he has experienced first-hand death and deep loss but in 2000, Abdallah and his family finally found asylum from the war in the United States.

Today, the award-winning reporter, producer and director is sharing his story.

In his new book "Fight," Abdallah paints a picture of the harsh realities of war and how finding Christ in the midst that gave him hope and peace.

"The bomb went off right next to me, killing and injuring all of those who were standing in front of it. The soldier who confronted me, pushed me far enough to get me out of the shrapnel radius. I was the only one to walk away without a scratch."

Abdallah Daher shared his experience on CBN News' program "The Prayer Link" and said now is the time to be praying for people in the Middle East.

"It is not an easy life for people living in war, especially in the Middle East. It is so devastating and so heartbreaking. So pray for them to have strength and to have hope, because if they lose hope they don't have anything."

Abdallah grew up in Lebanon with his siblings and lived in a war zone.

"It was a never ending nightmare - full of fear, despair, anxiety and all the bad things. We had a bunker in front of our house that my dad built and that's where we spent most of our time - hiding in that bunker. Out of the week, we spent five days in the bunker and we didn't have a chance to go and live a normal life in our home."

As a child, Abdallah was devastated by the experience and struggled with nightmares until he was 18-years-old.

"It was traumatizing for a young boy to live in constant fear, death all round, no hope and no future. That affected me tremendously, my brothers and all those who lived. We had funerals almost every couple days. We had relatives die and friends. Constantly we were going through a lot of turmoil," he said.

In the year 2000, Abdallah was wanted by the Lebanese government for working for a Christian organization - which was CBN.

"For the longest time, they sentenced me to life time imprisonment with hard labor. They couldn't get to me and arrest me because we were protected by the Israeli army at the time in a buffer zone that we had in the area so the Lebanese government could not come and get me. In 2000, Israel decided to withdraw from Lebanon and we were exposed to radical Muslims to come and kill us. I had to take my family and run. My son was seven months old at the time. We arrived with nothing. A duffel bag with a few items for our son. We ran into Israel and stayed there for a couple months."

Abdallah had to leave everything behind and abandon his vehicle while running for the border.

"It was heartbreaking because it got so cold at night and my son was seven months old. He was a baby and we didn't have anything to cover and shelter him with. We put him in the duffel bag and zipped it up to keep him warm."

He said there were several reason to write a book about his experiences, but most importantly  to show the goodness of God.

"I wanted people to know that no matter how dire the situation gets and how miserable life is and how bad it gets, God will pull us through no matter what. I contemplated killing myself many times because of the life we led because it was devastating and I couldn't imagine the way out of that black hole - all I saw was darkness all around."

"Death, fear and misery - I didn't see any chance of getting out but God spared my life and my families. He wanted a message out of this whole mess and He used me to tell the story and I wanted to stay faithful. He spared my life and that was one of many occasions and I felt like I had to tell the story and relay the message. I wanted my children and all the people around the world to know not to take anything for granted because sometimes we feel entitled for the things we have. It's not because we deserve it. It's because God wants to bless you. Be thankful and be grateful for what you have because others don't."

YOU CAN CATCH PRAYER LINK ON THE CBN NEWS CHANNEL or here on the Prayer Link page.