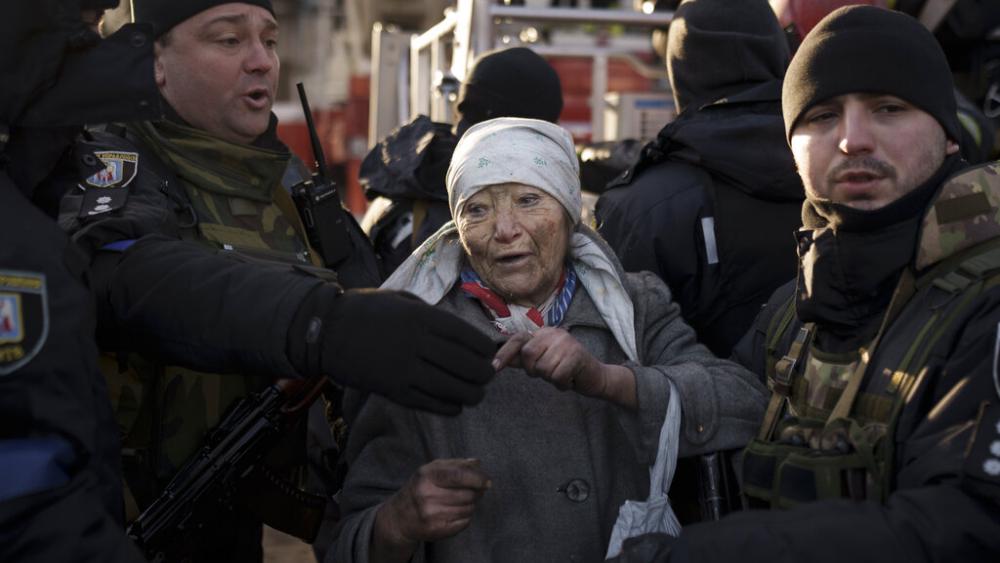 An elderly woman is helped by policemen after she was rescued by firefighters from inside her apartment after bombing in Kyiv, Ukraine, Tuesday, March 15, 2022. (AP Photo)
6300867227001 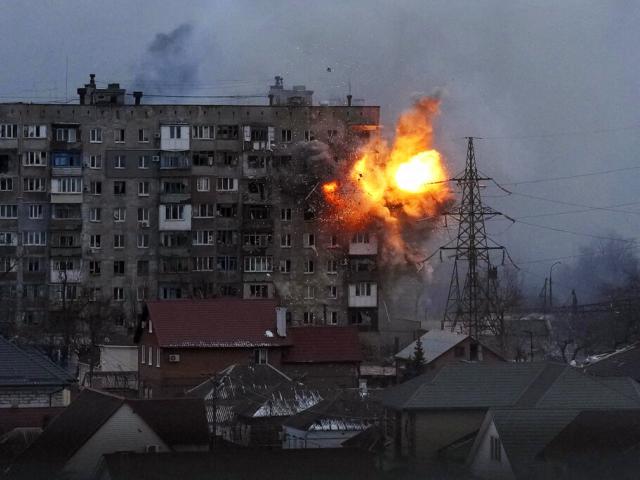 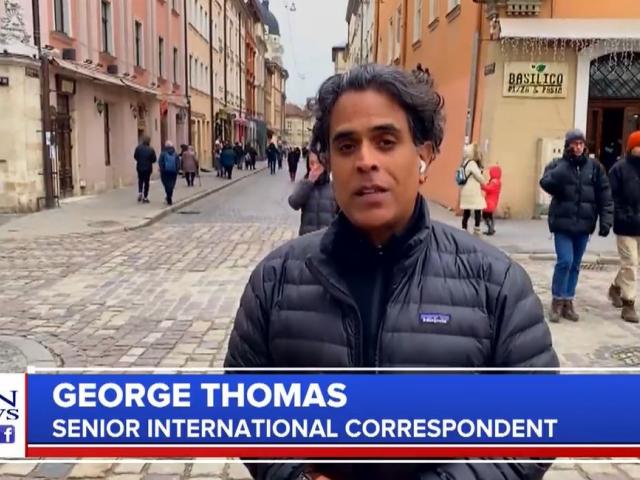 As the Russian invasion of Ukraine intensifies, relentless bombardment is being aimed at the civilian population in the capital city of Kyiv.

Severe damage has been reported after rockets, missiles, and bombs were launched in the area. Residential neighborhoods and even hospitals have all been targeted, including a maternity hospital. The country's leaders expect the onslaught to get worse.

CBN News Senior International Correspondent George Thomas is in Kyiv and described the destruction firsthand. "The latest reporting from the Pentagon is that the Russians have launched over 900 missiles since the start of the war," said Thomas. "One of those missiles hit this multi-story apartment building on the west side of Kiev, you can still see the smoke billowing."

"This happened yesterday and all the surrounding buildings as well," Thomas continued. "You can see their windows have been basically blown out even to that building apartment over there. What you are seeing today is that because the Russians have failed over these many days to completely encircle and capture Kyiv - that they are instead going after civilian targets."

3 huge explosions rocked Kyiv today as part of a series of Russian strikes on residential neighborhoods. I felt all three explosions. One of the attacks occurred 3 miles from the church I was staying at. Here’s what the 15-story apartment building looks like now #PrayForUkraine pic.twitter.com/CXp23peSa6

The mayor of Kyiv has imposed a province-wide curfew. No one is allowed to leave their homes until 7:00 a.m. Thursday because of fears that the next few hours will be the most dangerous for the city.

In the south, the fighting is becoming more desperate. A recent report from a regional Ukrainian official said the Russians are holding 500 hostages in a hospital in Mariupol.

Ukrainian President Zelenskyy addressed the U.S. Congress on Wednesday in a virtual speech, to thank the U.S. for its help and ask for more support. “We need you right now,” Zelenskyy said. "I call on you to do more.”

Zelenskyy has previously begged the U.S. to help create a no-fly zone in Ukraine to stop Russian airstrikes. But Biden has stopped short of providing a no-fly zone or allowing the transfer of military jets which Poland is trying to provide to Ukraine. Biden is saying he just wants to avoid a direct confrontation with Russia.

Will Congress once again force the White House to act?

With reports that Russian troops are low on morale over their lack of progress, Zelenskyy said Russia's demands in peace talks are sounding "more realistic". But U.S. State Department officials urge caution. "We have yet to find a Russian interlocutor that is either able or willing to negotiate in good faith, and certainly not in the context of de-escalation," said Ned Price, U.S. State Department Spokesperson.

On Tuesday, the leaders of three European Union countries, Poland, the Czech Republic, and Slovenia, met with Zelenskyy in Kyiv in a bold show of support amid the danger.

Biden will head to Europe in the coming days to meet with NATO allies. Biden said, "We will keep up the pressure on Putin's crumbling economy – isolating him on the global stage. That's our goal, make Putin pay the price, weaken his position while strengthening the hand of the Ukrainians on the battlefield and the negotiating table."

And in Russia, 15,000 people have been detained for protesting the war in Ukraine. A Russian TV producer who was arrested after protesting the war during a LIVE broadcast was fined and released after a 14-hour interrogation. The Kremlin dismissed her protest as hooliganism.

CBN's Operation Blessing is on the border greeting refugees with gift bags full of snacks, hygiene items, and other supplies.

And from a warehouse on the Polish side of the border, they're packing trucks full of crucial supplies and sending them into Ukraine.

"These goods will be a real blessing to the people of Ukraine who really need it right now because there's a shortage in the shops," said Mark Dijkens, CBN Europe Regional Director. "We have teams ready in Ukraine to distribute these goods. So, it's amazing to see how God is bringing these strategic locations together and people together to help make this happen."

Meanwhile, President Biden is expected to announce $800 million in new military aid to Ukraine. He will travel to Brussels next week for the NATO summit on deterrence and defense efforts against Putin's war.