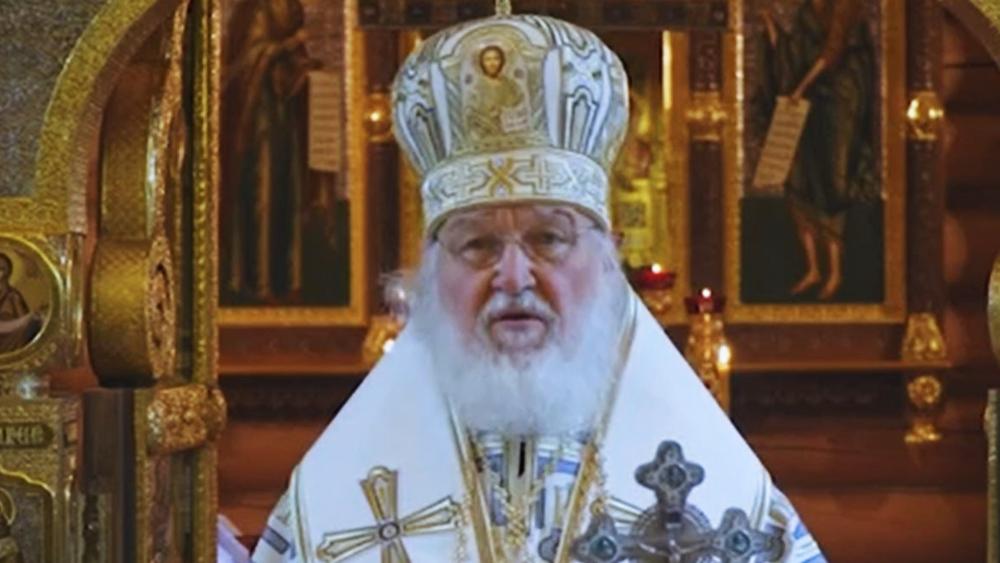 In a newly released video, Patriarch Kirill, head of the Russian Orthodox Church said that Russian soldiers who die on military duty in the war against Ukraine will be cleansed of all their sins.

"We know that today many are dying on the fields of internecine warfare. The Church prays that this warfare will end as soon as possible, that as few brothers as possible kill each other in this fratricidal war," Kirill continued.

"And at the same time, the Church is aware that if someone, driven by a sense of duty, the need to fulfill an oath, remains true to his calling and dies in the line of military duty, then he undoubtedly commits an act that is tantamount to a sacrifice. He sacrifices himself for others. And therefore we believe that this sacrifice washes away all the sins that a person has committed," he concluded.

Kirill's claim is in direct opposition to sacred scripture. The Bible says that repentance and belief in the sacrifice of Jesus Christ are a part of the path to forgiveness of our sins, not fighting a war in Ukraine.

For example, in Acts 2:38 the Apostle Peter said, "Repent and be baptized every one of you in the name of Jesus Christ for the forgiveness of your sins, and you will receive the gift of the Holy Spirit."

And Ephesians 1:7 says, "In him (Jesus Christ) we have redemption through his blood, the forgiveness of sins."

As CBN News reported in April, an unholy religious alliance continues to attempt to portray Vladimir Putin's military action in Ukraine as a holy war for Russia. As the bloody invasion of Ukraine rages on, Putin has been partnering with the Russian Orthodox Church to justify the campaign as a "holy war."

The decade-long effort to wrap Putin's ideology for Russia into the theology of the Russian Orthodox Church culminated with the patriarch of the church in Russia issuing a statement praising military service and congratulating Putin.

The co-mingling of the sacred with Putin's agenda escalated just hours before the beginning of the invasion of Ukraine in February.

The story of "how one priest turned Putin's invasion into a holy war," is outlined in a recent article in The Rolling Stone. In that article, Religion News Service writer Jack Jenkins describes the partnership between Putin and Patriarch Kirill of Moscow, highlighting their effort to rationalize an unjust war.

"This dates back around 10 years ago at the beginning of Putin's third term," Jenkins noted. "Patriarch Kirill began working in tandem with Putin and kind of having the Russian Orthodox Church operate as a form of soft power for Putin in the region. It helped him kind of influence different parts, particularly countries that were part of a former Soviet block."

He continued, "Kirill started preaching an ideology, this idea of a Russian world, this sort of transnational Russian sphere of civilization that included Russia, Ukraine, Belarus, and other parts of Eastern Europe. The idea where Moscow was the political center, Kyiv was the spiritual heart and Kirill was of course the chief religious leader. He preached this in various ways throughout the past 10 years."

And while Vladimir Putin is widely known to have been a Soviet KGB agent, records from the cold war have revealed Patriarch Kirill was also a KGB spy during Soviet times.

Kirill has described Putin's leadership of Russia as a "religious miracle," while Putin critic Mikhail Khodorkovsky says Putin "sees for himself a prospect of being a kind of messiah, a person who unites the whole Russian-speaking world."

Kirill refuses to admit that Ukrainians even exist, arguing they're actually part of "Holy Russia." As CBN's Faithwire has reported, Putin and Kirill see Ukraine as part of Russia's "spiritual space" because the Russian Orthodox church was headquartered in Kyiv a few centuries ago.

Kirill and Putin have both publicly quoted the same Bible verse to justify the brutal actions taken against Ukrainian civilians by Russia's military, saying their soldiers should be praised for "laying down their lives for a friend."

What Does Putin Really Believe in Terms of His Faith?

As CBN's Faithwire has reported, it's unclear what Putin believes about God.

Despite speaking about faith and spiritual issues — and taking part in religious rituals — the Russian leader has been remiss at moments to say what he believes specifically. In fact, he was infamously ambiguous on the matter in a 2007 Time Magazine interview.

The outlet told Putin many Americans view Russia as a "godless country." Highlighting how Putin has often discussed faith, Time then asked, "What role does faith play in your own leadership, and what role should faith play in government and in the public sphere?" The Russian leader's response was measured.

"First and foremost, we should be governed by common sense, but common sense should be based on moral principles first," he said. "And it is not possible today to have morality separated from religious values. I will not expand, as I don't want to impose my views on people who have different viewpoints."

In a follow-up question, Putin was asked if he believes in a "Supreme God," and he shot back, "Do you?" He then declined to share his specific beliefs on the matter.

"There are things I believe, which should not, in my position, at least, be shared with the public at large for everybody's consumption, because that would look like self-advertising or a political striptease," he said.

The mysteries around Putin persist as his brutal invasion of Ukraine marches on. While the motives and internal beliefs might not be obvious, understanding the Orthodox divide gives a lens into a sliver of the overarching battle. 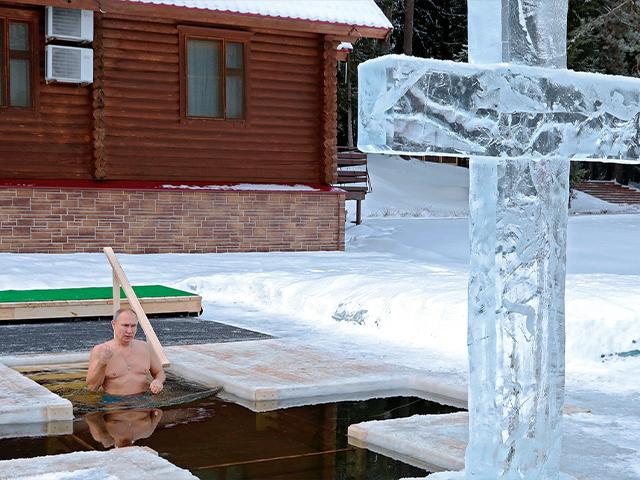