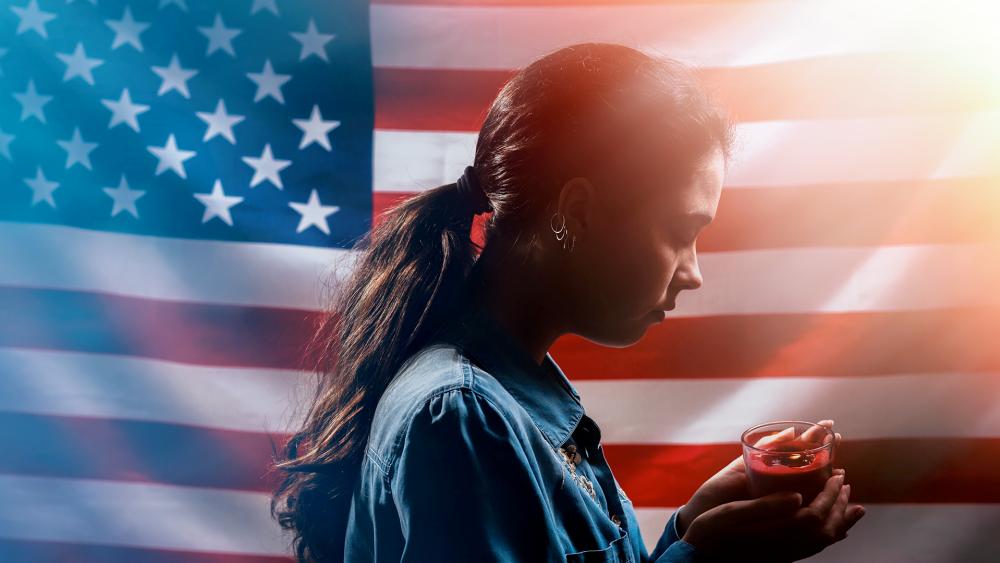 Friday night begins a long-awaited time of public prayer, worship, and repentance in the nation’s capital. The weekend will be packed, from a Friday evening worship event to a separate Franklin Graham-sponsored noon prayer march on Saturday and an all-day assembly called “The Return,” all on the National Mall. Saturday is intended to be a serious day before God with organizers saying the fate of the nation hangs in the balance.

Prophetic author Jonathan Cahn and Rev. Kevin Jessip have organized The Return. It’s presented as a globe-spanning, 12-hour opportunity for God’s people to get serious about returning to Him and pulling their nation from a dangerous ledge.

In a promo video, Cahn, author of Harbinger II, explains, “The biblical template concerning  judgment is that the nation so warned is given a space of time to return or head for judgment and calamity.”

And his co-chair Jessip told CBN News, “We’re in a real Nineveh moment. It’s a critical situation in the nation. And much like Jonah went into Nineveh and said, ‘You have 40 days and then it’s all over' – listen, we are at that juncture right now in America. We have 40 days and all we know could be over. And so we need God to hear the cries of the righteous remnant.”

It's not intended as some spectator event, and Jessip added, “This is not a presentation, a concert or a glorified prayer meeting. This is a sacred, solemn assembly - as per Joel 2 - where we come, the Church comes, and we bow before a holy God in reverent fear.”

Joel 2 says, “Blow the trumpet in Zion, declare a holy fast, call a sacred assembly.” And then “let the priests who minister before the Lord weep…let them say ‘Spare your people, O Lord.’” And if God’s people will do that, Joel says the Lord will “take pity on his people” and so turn things around, Joel will be able to declare “’Be not afraid, O land; be glad and rejoice.  Surely the Lord has done great things.”

There May Not be Another Chance Like This One

Jessip explained it’s a moment for believers to repent and as the Book of Revelation states, return to their first love. “This is a critical Kairos moment, and if we miss it, I don’t think we’ll have another one,” Jessip warned.

If you can make it in person, the return co-chair said there’ll be plenty of room. And if not, there are many ways to join in where you are.

‘Largest Ever in Christendom’

“We have nearly 30,000 churches across America that are simulcasting this event,” Jessip stated. “This will be, I’m being told, the largest ever in Christendom broadcast simulcast.”

You can find one of these 30,000 simulcast sites at The Return's website which is where you can also volunteer to put together your own simulcast.

The Return will go out to 150 nations across six continents in 90 languages. You'll be able to live-stream the entire event right here at CBNNews.com, starting Friday evening.

Franklin Graham to Lead Praying Marchers Down the Mall

Meanwhile, at noon, Saturday, way down on the Potomac River end of the National Mall at the Lincoln Memorial, the Prayer March organized by evangelist Franklin Graham will start at noon.

“We’re more divided today than we’ve ever been and we see where we are morally, spiritually, politically - we’re in trouble,” Graham told CBN News.

But he added if the Church will pray and repent, “No question, I think God can delay the judgment that’s going to come to this country someday.”

Time to Do Holy, Sacred Business with God

The marchers will stop for targeted, focused prayer at several locations on their way to finish at the foot of Capitol Hill.

Don’t join in the prayer march or The Return thinking it’ll be fun ‘n games. Both events are meant to show God His people are ready to do holy and sacred business – reaching up to Him, returning to Him.

You can join The Return LIVE on CBN News. CBN News will carry The Return across all of its platforms, including the CBN News Channel, CBNNews.com, CBN News' Facebook, and CBN News' YouTube Channel.

WE'LL LET YOU KNOW WHEN IT STARTS THROUGH OUR FREE CBN NEWS APP!
Click Here Get the App with Special Alerts on Breaking News and Live Events!