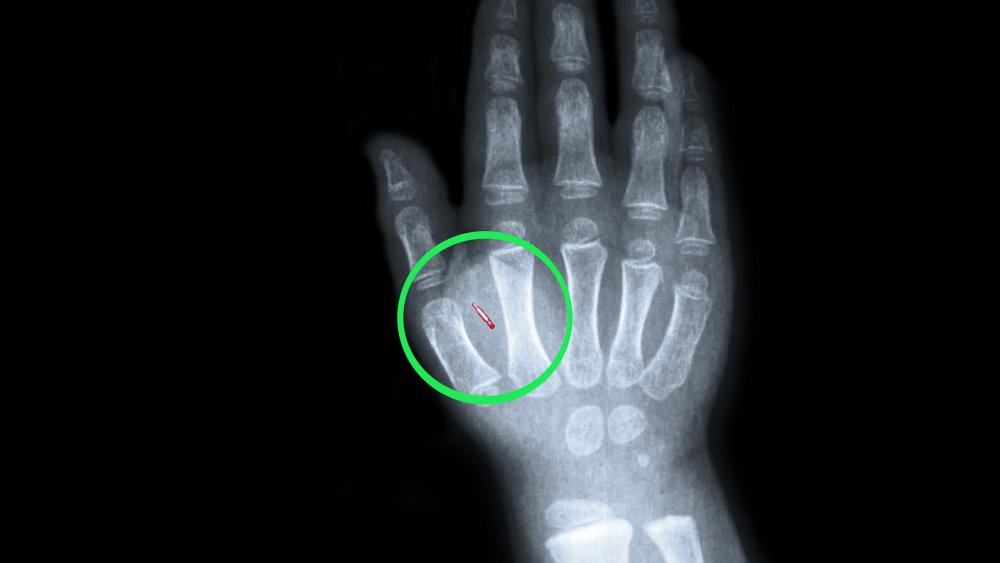 The Bible's New Testament warns of the "Mark of the Beast" – a key sign of the End Times before Christ returns. But how can Christians recognize the mark when it becomes reality?

"Fifty years ago, when I first heard preachers talking about a mark on the back of a hand that restricted the whole world from buying or selling, it did seem rather far-fetched," Comfort noted.

The evangelist also reads some relevant dialogue from A Distant Thunder, a Christian movie from 1978. In the movie, a young girl looks up at her grandmother and says, "Well, what about the mark?" The grandmother says: "Open up my Bible, honey, to Revelation chapter 13, verse 16."

The young girl reads the scripture. She then asks, "Does that mean people will have to wear the mark?" The grandmother answers, "Oh, my yes. People won't be able to buy clothes or food or gasoline." The young girl replies, "Well, that sounds like dad's credit card." The grandmother answers, "Well to a lot of people, it will seem like a new type of credit card and people will welcome it."

Comfort then asks his viewers, "Why would everybody be restricted from buying or selling? And how could that be done? The technology wasn't available."

"Nowadays, it is," Comfort added as his video showed a news story about a young man in Sweden who had a microchip embedded on the back of the hand that has information encoded so it can act as his keys, his identification as well as his wallet.

Around 6,000 people in Sweden have already had a chip inserted in their hands since 2014, according to Euronews.com.

As CBN News reported in December, Sweden has enacted new rules that require individuals to have a vaccine passport at all events with more than 100 people. As a result, a number of Swedish citizens have opted to implant microchips with their vaccine passports into their hands.

Comfort told his viewers, "Notice they've chosen to put the chips on the back on the hand, exactly as the Bible predicted." He then noted the demonstrations in the European Union by unvaccinated people.

"Governments who want to control the masses need a foolproof way to make sure someone is vaccinated," he said in the video. "The only way this will work is to have mandatory implants. If you don't get it, you won't be able to buy or sell."

As CBN News reported in December, a video posted by the South China Morning Post shows the so-called convenience of having a person's COVID vaccination passport uploaded to a microchip about the size of a grain of rice, which is then implanted in a person's arm or hand between the thumb and forefinger. The chip implants are being touted by Epicenter, a Stockholm-based company.

The chip can be read with pre-existing technology, Epicenter said. The company has been working on what it calls "human-compatible" tech for years. The chip uses Near Field Communications (NFC) technology, the same as in contactless credit cards or mobile payments. Its data can be read by any smartphone with the same technology.

These biochips as they are called, have already been offered by some U.S. companies to their employees. Three Square Market, a Wisconsin-based technology company, became the first company in the U.S. to offer its employees similar free microchip implants, as CBN News reported in August 2017.

"It will happen to everybody," Noelle Chesley, associate professor of sociology at the University of Wisconsin-Milwaukee. She told USA Today at the time that everyone will be chipped eventually. "Maybe not my generation, but certainly that of my kids."

As CBN News reported in 2020, a group of engineers at Penn State University developed another method for marking humans in the name of science, but this time it's a type of high-tech, temporary tattoo.

But we previously reported on concerns over biometric sensors and body scanning which could put people at risk for hackers or at the mercy of those who might seek to control human activity in the future.

Meanwhile, Ray Comfort says the increasing signs of the End Times should be an incentive for Christians to share the gospel like never before.