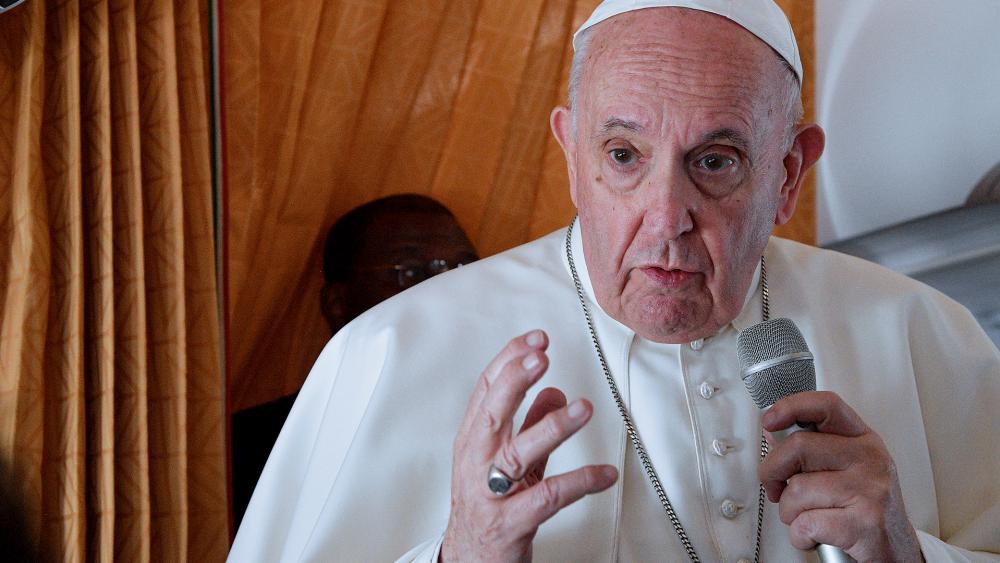 Pope Francis speaks with journalists on board an Alitalia aircraft enroute from Bratislava back to Rome, Wednesday, Sept. 15, 2021 after a four-day pilgrimage to Hungary and Slovakia. (Tiziana Fabi, Pool via AP)

Pope Francis has reiterated to the world press that the Catholic Church believes "abortion is murder," saying it's something the church cannot accept.

Speaking aboard a flight back to Rome from central Europe on Wednesday, Francis, 84, was decisive in his belief that abortion is murder and that even a weeks-old embryo is a human life that must be protected.

"The problem of abortion, abortion is more than a problem, abortion is murder," he said. "Scientifically it's a human life. The textbooks teach us that. But is it right to take it out to solve a problem? And this is why the Church is so strict on this issue because it is kind of like accepting this is accepting daily murder."

The pope also weighed in on the debate about whether Catholic politicians who support abortion rights should be denied Communion, stating that he has never denied the Eucharist to anyone and that the issue should be handled in a pastoral way.

"If we look at the history of the church, we can see that every time the bishops did not act like shepherds when dealing with a problem, they aligned themselves with political life, on political problems," the pope told the journalists who traveled with him.

"What should the pastor do? Be a shepherd, do not go around condemning … but be a pastor. But is he also a pastor of the excommunicated? Yes, he is the pastor, and … he must be a shepherd with God's style. And God's style is closeness, compassion, and tenderness," the pope said.

The U.S. Conference of Catholic Bishops (USCCB) agreed in June that it will not be putting forth a policy on withholding communion from pro-choice politicians.

However, the conference doctrine committee will draft a statement on the meaning of Communion in the life of the church that will be submitted for consideration, probably during an in-person gathering in November.

Francis did not go into the details of the discussion taking place in the U.S. but chose to address only "the principle of the matter." He said he never denied Communion to anyone, adding that while he doesn't know if Catholics who support abortion rights ever asked him for Communion, he has "never refused them the Eucharist, since the time I was a priest."

However, the pope was clear on his pro-life stance, saying that the embryo is "a human life" and that "abortion is homicide." He praised Catholic activism against abortion because abortion "is a bit as if daily murder was accepted," he said.

As CBN's Faithwire reported earlier this month, Biden, who has been described by the White House as a "devout Catholic" — said he "doesn't agree" human life begins at conception.

Biden made the comments during a press conference when he was asked about the pro-life law implemented last week in Texas. He told reporters he is "a strong supporter of Roe v. Wade," and argued the legislation — S.B. 8 — "creates a vigilante system where people get rewards to go out, and, anyway."

"I respect people who don't support Roe v. Wade, I respect their views," the president said. "I respect those who believe life begins at the moment of conception and all — I respect that, don't agree, but I respect that. I'm not gonna impose that on people."

That comment, however, flies in the face of the teaching of the Catholic Church to which Biden belongs to.

Some church leaders are still concerned over Biden's support of abortion.

Since taking office, Biden has been targeting rules that protect the unborn, including the Mexico City Policy that prohibited U.S. taxpayer funds from being used to pay for abortions abroad. He previously opposed efforts to end that policy.

The president also changed his position on the Hyde Amendment which had blocked U.S. taxpayers' money from being used to abort babies inside the U.S.

Recently, Biden directed the Justice Department to try to find a way to block the enforcement of the Texas heartbeat law. The department announced last week it's suing Texas over its law that would effectively ban most abortions in the Lone Star state. In addition, the DOJ is also seeking an immediate federal court order asking a judge to declare the law is invalid, "to enjoin its enforcement, and to protect the rights that Texas has violated."

In 2018, Pope Francis condemned the act of abortion as akin to hiring "a contract killer."

"How can an act that suppresses innocent life be therapeutic, civil, or even human?" he asked. 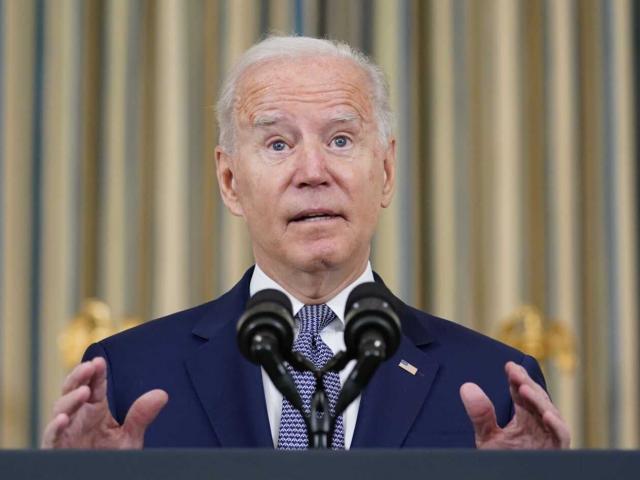