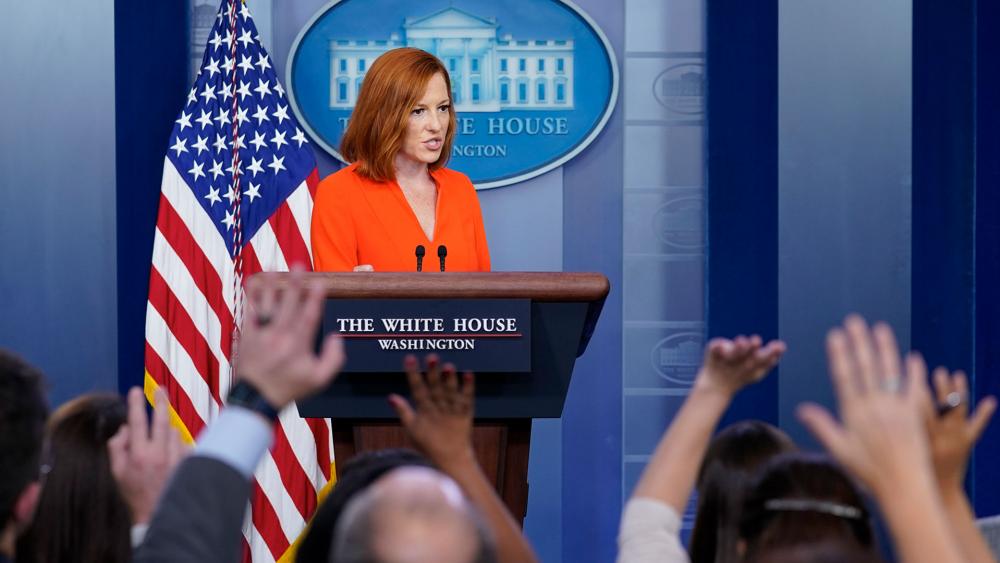 It's becoming a trend for top Democratic leaders – attempting to avoid the humanity of the unborn. White House Press Secretary Jen Psaki is the latest to notably dodge a question about President Biden's views on abortion.

"Does the president believe that a 15-week-old unborn baby is a human being?" a reporter asked Psaki last week.

"Are you asking me if the president supports a woman's right to choose? He does," Psaki said.

On Thursday, Rep. Burgess Owens (R-UT) responded to Psaki's dodge.  He tweeted, "This shouldn't be a hard question to answer. Unborn children are 'human beings' whose rights should be defended."

This shouldn't be a hard question to answer. Unborn children are "human beings" whose rights should be defended. https://t.co/yfaXLgsPJR

The question came as U.S. Catholic Church leaders were holding an ongoing debate about Biden's support of abortion. However, as CBN News reported on Tuesday, U.S. Catholic bishops announced they will not be putting forth a policy on withholding communion from pro-choice politicians after all.

The new signal from the bishops was announced after months of controversy in the Catholic church over President Biden's aggressive support for abortion and whether America's second Catholic president should be allowed to receive communion since his actions violate the pro-life, biblical teachings of the Catholic church.

Since taking office, Biden has been targeting rules that protect the unborn, including the Mexico City Policy that prohibited taxpayer funds for abortions abroad. He previously opposed efforts to end that policy.

The president also changed his position on the Hyde Amendment which had blocked U.S. taxpayers' money from being used to abort babies inside the U.S.

In the 1980s, Biden voted in favor of a constitutional amendment to allow states to overturn Roe v. Wade. And in the '90s, he voted against federal funds for abortion at least 50 times.

But Biden has completely reversed his views on many life issues and has even revoked pro-life executive orders by former President Donald Trump.

As CBN News reported, earlier this month, House Speaker Nancy Pelosi (D-CA) deflected the same question that Psaki dodged when a reporter asked whether a 15-week-old unborn baby is a human being.

The question was regarding the upcoming Supreme Court review of a Mississippi law that bans most abortions after 15 weeks of pregnancy. The high court is expected to hear the case this fall.

"Let me just say that I'm a big supporter of Roe vs. Wade," Pelosi replied. "I am a mother of five children in six years. I think I have some standing on this issue as to respecting a woman's right to choose."

Not sure if y’all saw this yet, but that’s Pelosi absolutely dodging my questionpic.twitter.com/RNvnkFNJKf

Johnson, however, wasn't going to let the speaker off the hook.

"Is it a human being?" the reporter asked again.

Without responding, Pelosi pointed to another reporter in the room to ask a question.

As CBN News reported, the Mississippi case does not directly challenge the legal right to an abortion, but it could lay the groundwork for more restrictions. And if Roe v. Wade is ever overturned, abortion would then become a state issue.