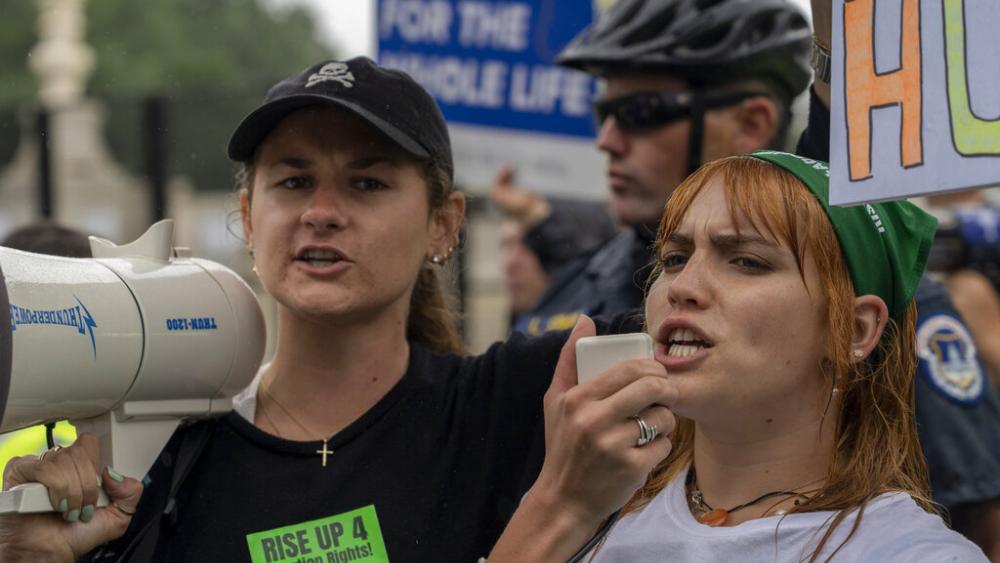 The marshal of the Supreme Court has asked Maryland and Virginia officials to enforce federal and state picketing laws, and stop protests outside the homes of Justices.

Gail Curley, the Court’s security chief, said demonstrators have descended on several of the Justices’ homes while displaying threatening behavior toward them and their families. The High Court struck down the abortion law on June 24, which had legalized the procedure nationwide for nearly 50 years, following a leak of the draft opinion in May.

And the safety of the Justices has become a serious concern since then.

So the Court's chief security officer has written letters to the governors of Maryland and Virginia to protect the Justices by taking stronger measures such as enforcing laws that prohibit picketing.

"For weeks on end, large groups of protesters chanting slogans, using bullhorns, and banging drums have picketed Justices' homes in Maryland," her letter to Hogan said.

"Protest activities at Justices' homes, as well as threatening activity, has increased since May. Earlier this week, for example, 75 protesters loudly picketed at one Justice's home in Maryland for 20-30 minutes in the evening, then proceeded to picket at another Justice's home for 30 minutes, where the crowd grew to 100, and finally returned to the first Justice's home to picket for another 20 minutes. This is exactly the kind of conduct that the Maryland and Montgomery County laws prohibit."

Curley also highlighted a Maryland law, which says that a "person may not intentionally assemble with another in a manner that disrupts a person's right to tranquility in the person's home" and that law "provides for imprisonment for up to 90 days or a $100 fine."

CBN News previously reported that pro-abortion extremists alluded to targeting Justice Amy Coney Barrett's home in Northern Virginia, as well as her church, and the school her children attend.

The group "Ruth Sent Us" tweeted last month, "We have signs if you need them, water, snacks, solidarity - see you there! #SCOTUS6. If you're in the DC metro area, join us. Our protests at Barrett's home moved the needle to this coverage. Falls Church is a People of Praise stronghold. She sends her seven kids to a People of Praise school that she sat on the Board of Directors for. She attends church DAILY."

According to Fox News, Youngkin spokesperson Christian Martinez said "The governor agrees with the Marshal that the threatening activity outside the Justices' homes has increased."

"He welcomes the Marshal of the Supreme Court's request for Fairfax County to enforce state law as they are the primary enforcement authority for the state statute," Martinez added.

The Virginia governor drew attention to Attorney General Merrick Garland, stating that he should "do his job" by "enforcing the much more robust federal law."

Hogan's Director of Communications Michael Ricci responded to the letter in a Twitter post that also focused on Garland.

My response on behalf of the governor to Gail Curley’s Friday night letter: https://t.co/nelAgd3Qiw pic.twitter.com/Iz5nwQhSHu

"Two months ago, Governor Hogan and Governor Youngkin sent a letter calling on Attorney General Garland to enforce the clear and unambiguous federal statutes on the books that prohibit picketing at judges' residences," Ricci wrote. "A month later, hours after an assassination attempt on Justice Kavanaugh, the Department of Justice finally responded, declining to enforce the laws."

Ricci continued, "a month later, hours after an assassination attempt on Justice Kavanaugh, the Department of Justice finally responded, declining to enforce the laws."

The suspect was charged with the attempted murder of the Supreme Court Justice. 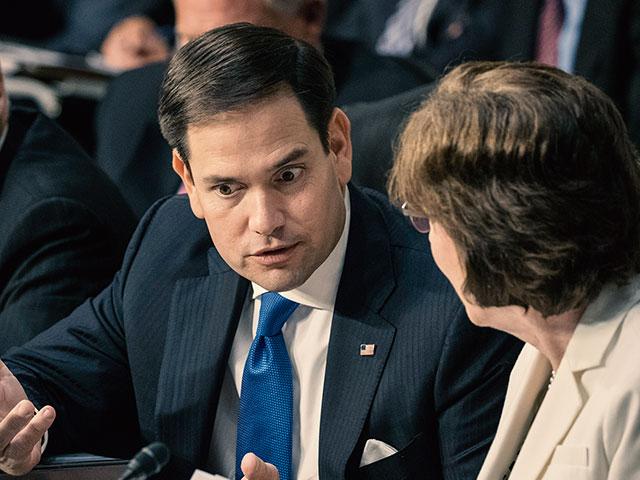