'Once in a Blue Moon': 2020 Brings a Rare Halloween Blue Moon, 2 Supermoons and More 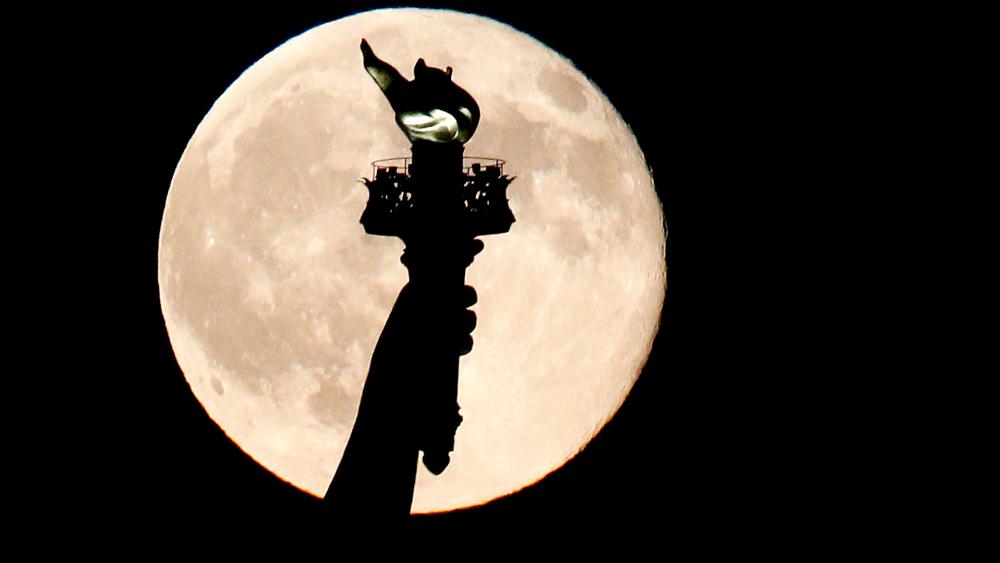 In this July 31, 2015, file photo, a blue moon rises behind the torch of the Statue of Liberty. A blue moon happens when the moon rises in its full stage twice during the same month. (AP Photo/Julio Cortez)

For those who like to watch the heavens for celestial events, 2020 just may be your year. It might be a good time to invest in a good telescope.

The Sacramento Bee reports this year there will be 13 full moons, including two Supermoons. There will also be two full moons in one month. In that instance, the second full moon is called a "Blue Moon" and will make its appearance on Halloween, just days before the 2020 presidential election.

The first moon of 2020 which is scheduled to rise on Jan. 10 is known as the "Full Wolf Moon." According to the Farmer's Almanac, this moon gets its name from the howling of the wolves during the cold winter nights outside of Native American villages.

The rarest occurrence will be in October when we will see a full moon on Oct. 1 and a "Blue Moon" on Oct. 31, hence, the phrase, "once in a blue moon." The expression refers to the appearance of a second full moon within a calendar month, which actually happens about every thirty-two months, according to Dictionary.com.

"Most blue moons look pale gray and white, indistinguishable from any other moon you've ever seen," NASA explains. "Squeezing a second full moon into a calendar month doesn't change the physical properties of the moon itself, so the color remains the same."

Does It Mean Something?

While there's no biblical reference to a blue moon, there are references to blood moons and other signs in the heavens which is one reason why some people wonder about the significance of celestial events like this. Biblical scholars say the color blue does represent important things like heaven, royalty, and riches, and can even refer to the Holy Spirit and truth. Biblical references to the color are usually found in those contexts. For example, Exodus 24:10 says, "...and saw the God of Israel. Under his feet was something like a pavement made of lapis lazuli, as bright blue as the sky."

While there is a lack of a biblical reference to a blue moon, this year's event is a rare occurrence to be sure. The next blue moon to fall on Halloween will be in 2039, WDAF-TV reports.

A full moon on Halloween only occurs roughly once every 19 years (known as a Metonic cycle). If the full moons are calculated using Greenwich Mean Time, that translates to approximately 3-4 times per century, according to the Almanac.

Click here for the dates and times of the year's full moons.

In addition, two Supermoons will also be seen in 2020.  A supermoon looks larger just because it's a bit closer to Earth. At that time, the moon can appear as much as 14 percent larger and 30 percent brighter than a normal moon.

"Supermoon" is actually just a nickname for what astronomers call a perigean full moon – a moon that is full and at the closest point in its orbit around Earth, according to NASA.

The first Supermoon or "Worm Moon" will occur on Mar. 9. The second Supermoon will return on April 7 and is called a "Pink Moon." But that's just the name, not the color, according to the Almanac.

The Next Blood Moon

Meanwhile, the next "blood moon", which is tied to a total lunar eclipse, won't occur until May 26, 2021. A rare lunar eclipse entitled the "Super Blood Wolf Moon" appeared across the world, including the US, last January.

Blood moons have become of interest to some Christians because of biblical references that point to the End Times. "The sun shall be turned into darkness, and the moon into blood, before the great and terrible day of the Lord." – Joel 2:31 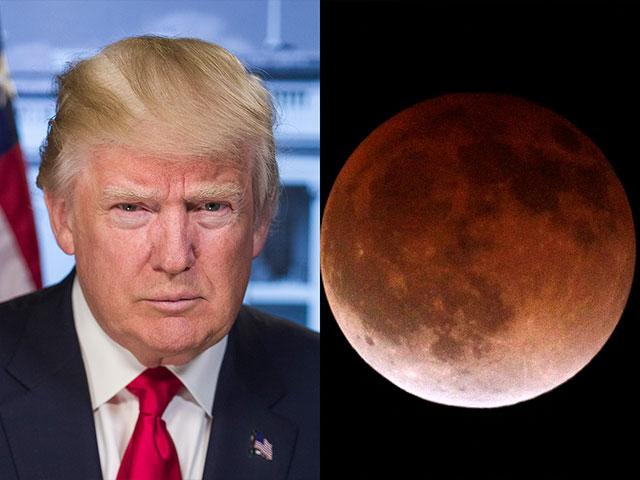