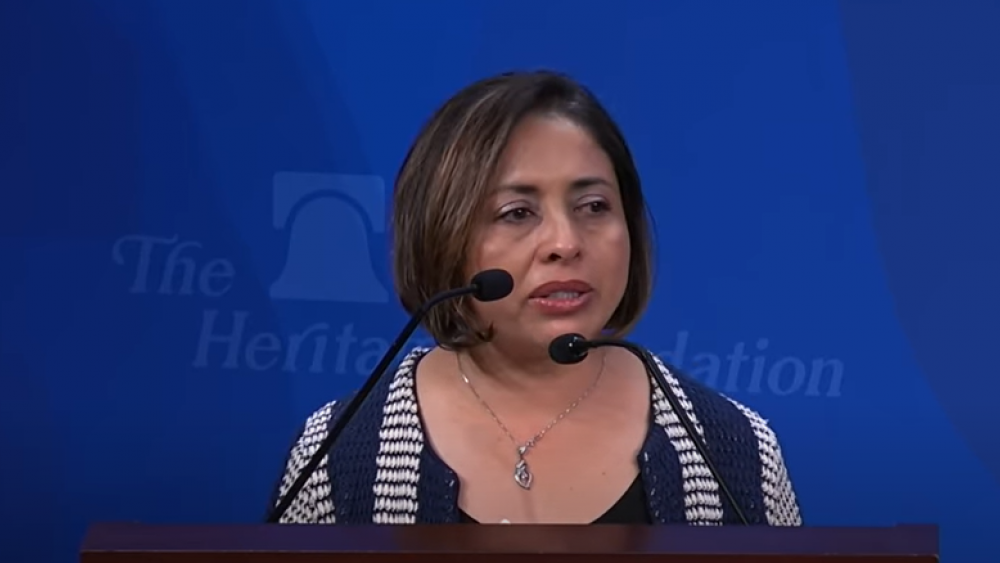 One California mother is speaking out against her state's public school system, accusing it of brainwashing children about gender ideology. She wants to shed some light on the devastating effect it can have on their lives.

During a recent panel discussion hosted by the Heritage Foundation, Abigail Martinez shared, for the first time, the tragic story about her 16-year-old daughter whose struggle with gender identity led her to take her own life.

Overcome with emotion, Martinez described her daughter as a "girlie girl" during her early childhood who loved to dress up like a princess.

During seventh and eighth grade, she started to display signs of depression.

Martinez said she reached out to school officials for help and asked them to "keep an eye on her."

She said her daughter was bullied at school and that kids called her ugly. Once she arrived in high school, the young girl decided she wanted to be a boy.

"When she started high school, the doors opened to what she was talking about, like transgender, going to meetings, going to all the support that they think they have for these children ... which is not," Martinez recalled.

"The school counselor was involved, DCFS (Department of Children and Family Services) was involved, LGBT was in there too, trying to 'help' my daughter on the transition of being transgender," Martinez noted. "I was accused that I didn't want to open my eyes since she felt since she was a little girl that she was a boy which was not true. She was not even close to a tomboy ... she was the girlie girl in the house."

Martinez said she met with the school principal and counselor but they actually made things worse. After a failed suicide attempt, her daughter was placed in foster care and then started going by the name of Andrew.

"The school psychology and LGBT told DCFS that my daughter would be better off out of the house," the distraught mother said. "They took away my daughter when she was 16-years-old. I tried my best to get her back... going to court every single month."

She continued, "When I went to court, I asked the judge to please let my daughter have a psych evaluation." But since her daughter's social worker said she needed to be acknowledged as transgender, the judge denied Martinez's request.

She said an LGBT group encouraged her decision to transition to a male identity and told her that the state of California would pay for her surgeries.

"'This was the best time to do it,"' they told her daughter, '"because if you don't do it right now, nothing is going to make you happy. You're unhappy with your body, you hate your body so you go for it.'"

Martinez said she urged the courts to focus on the mental health crisis rather than the gender identity issue and to "help her from the inside out."

She added, "What hurt me the most was that I was told not to talk about God."

A social worker warned Martinez that talking about God "was going to make him (Andrew) feel uncomfortable because he's in danger of committing suicide."

But it was too late.

Martinez said in September of 2019, her daughter committed suicide by kneeling in front of an oncoming train.

She concluded her story by saying that she hoped no other parent would have to endure the heartache she experienced.

"I want everyone to know the truth because it didn't have to happen," Martinez said. "I don't want this to happen to any other family or to go through all this pain. There's a lot of pain."

As CBN News has previously reported, transgender advocates have even acknowledged that the majority of pre-adolescent children who struggle with gender identity will outgrow it by adulthood.

That calls into question the need for social affirmation, let alone medical interventions. Puberty blockers and cross-sex hormones also carry physical risks for children. They include infertility, stroke, heart attack, and weakening of the bones.

The state of Texas has decided that sex-change procedures for children are equal to "child abuse." As a result, the largest U.S. pediatric hospital has now canceled puberty-blocking transgender treatments for kids there.