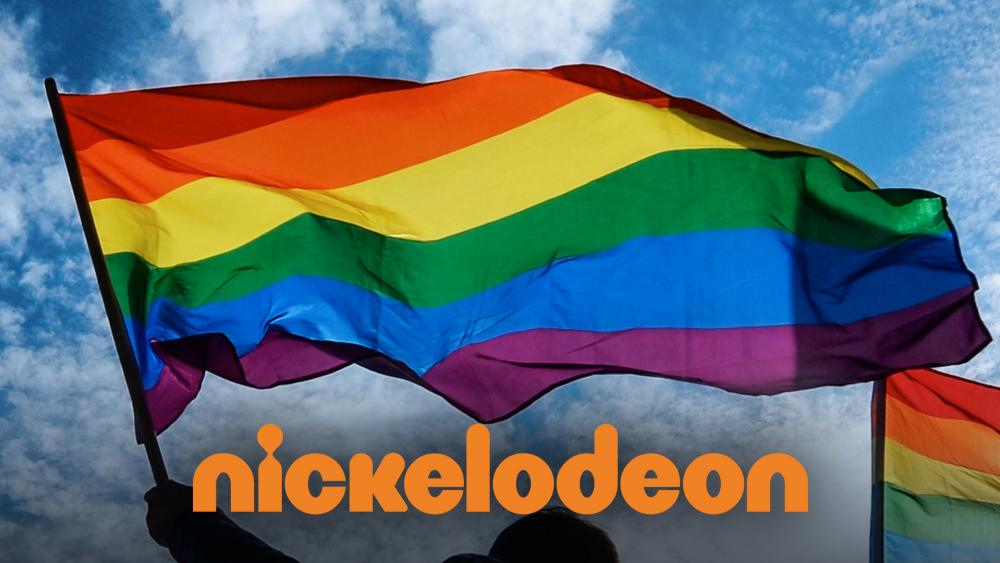 In only four years, Nickelodeon has dropped more than two thirds of its audience while pushing the LGBTQ agenda.

The latest television and internet ratings reveal Nickelodeon's efforts to promote the LGBTQ agenda to children may be backfiring as the cable network has reportedly lost two-thirds of its audience in the last four years.

Why? Some entertainment writers are saying a lot of parents don't think it's so great.

The independent entertainment blog Pirates and Princesses reported Nickelodeon YouTube videos were "downvoted to such a degree that they've now hidden the ratio."

The blog says the Nickelodeon cable network has seen a major decline in viewers since it began overtly pushing the LGBTQ agenda to its young viewers:

"Since July of 2017, Nickelodeon's viewership has dropped from 1.3 million average viewers per week to a June of 2021 average of only 372,000. In only four years, Nickelodeon has dropped more than two-thirds of its audience. That is catastrophically bad for the cable channel, but with cable on the way out, maybe it's not so bad? The catch here is that it is, in fact, that bad and perhaps worse, simply because Nickelodeon seems to be the primary driving force behind new subscribers to Paramount+.

It's thus easy to see why Viacom is leaning so heavily into older Nickelodeon content. Perhaps hoping to capitalize on what once worked versus what is rapidly losing audience, the company has resurrected Rugrats and iCarly (among other shows) to try to drive nostalgic fans to the service.

But there are signs that Viacom has not learned any lessons and is retrofitting these old shows with the same principles that have resulted in Nickelodeon's huge loss in ratings. Even with a show about infants, much of the headlines have been about a retconned, now-lesbian character; whatever your thoughts on that issue, it's hard to see how a children's show about infants is best served in advertising when the news is all about sexuality."

Megan Basham, writing for The Daily Wire noted: "This is particularly bad news for parent company ViacomCBS, which has been attempting to bulk up its streaming service, Paramount+, by adding several hundred hours of Nickelodeon programming to the platform's library."

Ratings are the life-blood in the television business. The more eyes watching a network's show the more the network can sell commercial time at a higher rate, and make more profit. If the ratings go down, revenue goes down. And it works the same on YouTube and other streaming platforms. The fewer views a video receives, the less money it will make for the producer.

While many parents aren't happy with the LGBTQ agenda at Nickelodeon, there is another factor in the plunge in viewers. Variety reports viewership for kids networks was down overall for 2020 as people shift away from cable, stating, "The steady decline of all kids networks went on overdrive this year, with Disney Channel (-33%), Nickelodeon (-32%), Cartoon Network (-29%), Nick Jr. (-17%), Disney Junior (-27%), Nicktoons (-42%), TeenNick (-35%) all down."

Still, as CBN News has previously reported, it does coincide with Nickelodeon increasing its efforts in recent years to indoctrinate young children with LGBTQ identities and issues, while Disney and Cartoon Network have done the same.

During last summer's June LGBTQ Pride Month, Nickelodeon and the Disney Channel aired on-air promos for the first time supporting the LGBTQ agenda to their audiences of children.

Comments about the networks' on-air promotion on social media were mixed, ranging from outright approval to others saying "no more Nickelodeon" in their house, and that such ads about sexual orientation did not belong on a children's network.

Also last summer, Nickelodeon tweeted a picture of Spongebob Squarepants celebrating Pride Month, leaving many wondering if the beloved character is supposed to be part of the LGBTQ community.

Most recently, Nickelodeon announced it had cast its first openly transgender teenage actor to be featured in a live-action kids' series.

Sasha Cohen, 13, who was born female but now identifies as male, will appear in the June 19 episode of "Danger Force," according to Variety. Michael D. Cohen — no relation — co-wrote and directed this episode.

The announcement about "Danger Force" comes just weeks after Disney announced it is revamping its 20-year-old animated series "The Proud Family."

As Faithwire previously reported, the rebooted show — "The Proud Family: Louder and Prouder" — will center on two multiethnic, gay dads and their adopted teenager daughter, who is a racial activist.

This past February, the network promoted LGBTQ pride to preschoolers with its educational show "Blue's Clues & You." The animated adventure series, which is a reboot of the popular "Blue's Clues" show, featured a shocking twist during an A-B-C song that was uploaded to YouTube.

As each letter of the alphabet is highlighted throughout the song, the beloved dog Blue bounces from page to page of a book teaching children what each one stands for.

CBN News has reached out to Nickelodeon, ViacomCBS, and Nielsen for comment regarding this story.  We have not heard back.