Not Your Father's War! Fight against Islamic Terror a Battle for the World's Survival 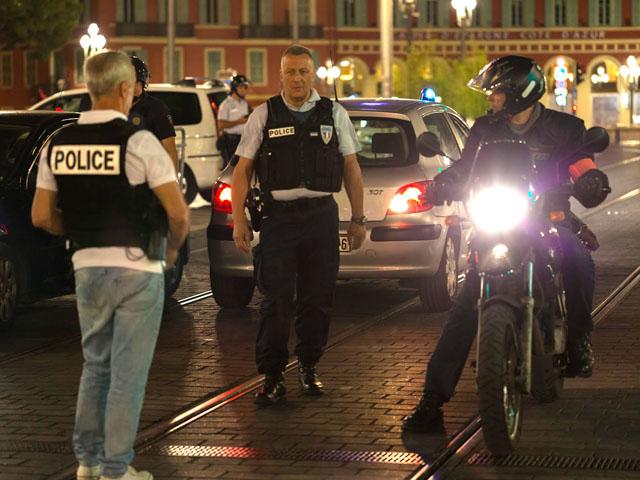 The carnage in Nice, France, is just the latest battlefield in the global war of Islamic terror on the Western world.

Days before it was a neighborhood in Bangladesh. Days before Bangladesh, it was the international terminal at Istanbul's airport.

Before Istanbul, it was a gay nightclub in Orlando, Florida. Weeks before Orlando, Islamic terrorists struck a subway station and another airport terminal in Brussels, and a few months before that a murderous Muslim hit squad killed and wounded hundreds in an attack in the heart of Paris.

My father fought in World War II against Nazi Germany. He slogged through North Africa, Sicily, and Italy against an enemy with clearly defined battle lines. He knew where the Germans were.

The war we face today is not my father's war. Today the enemy is different. The battlefields are different. There are no great battles with tanks, airplanes, and armies arrayed on the sands of North Africa or in the valleys of northern Italy.

Today the battle lines are a café in Paris or a county office in San Bernardino.

When I saw the pandemonium in Nice and thousands running in panic for their lives, it epitomized the goals of Islamic terrorists as clearly stated in the Quran:

It matched the murderous orders sent out by ISIS commanders and others:

Another leader exhorted the faithful to: "Rig the roads with explosives for them. Attack their bases. Raid their homes. Cut off their heads. Do not let them feel secure. Hunt them wherever they may be. Turn their worldly life into fear and fire. Remove their families from their homes and thereafter blow up their homes."

For ISIS and other Islamic terror groups, it's all part of their strategy: To intimidate, sow fear, and bully a people… or a nation… or a civilization.

It's psychological and spiritual warfare. It's by design. It's terror… it's fear… on the loose.

Because ISIS has adopted a ferocious campaign of international terror attacks, we can expect more scenes of carnage like the promenade in Nice.

This reporter wrote the book ISIS, Iran and Israel: What You Need to Know about the Current Mideast Crisis and the Coming Mideast War in order to warn of the dangers of ISIS.

How many more massacres does it take to wake up the world and the leaders of the Western world, especially President Barack Obama, that we are in a battle of civilizations?

I once asked the world's leading Islamic scholar, Bernard Lewis, what's at stake in this war.

He replied, "The survival of our civilization."