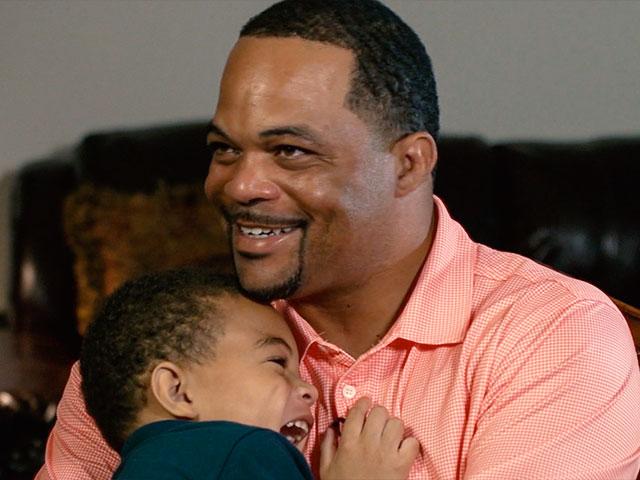 Away from the bright lights of the stage, Caleb leads worship at his church in Greensboro, North Carolina, and cheers on his older brother, who's skilled on the football field.

At home, he enjoys what any other 5-year-old would enjoy -- and that is the way his mom and dad like it.

CBN News recently caught up with the family in Hampton, Virginia, where Caleb's dad, Richard Serrano, shared some fatherly wisdom for dads just in time for Father's Day.

"No matter what the challenges or obstacles there are in being a father, you have to stand firm and flat footed and rooted in the Lord, and know that you have made the right decisions -- not necessarily what everybody else might think are the right decisions for your child," Richard said.

"But if you go to God in prayer, and pray about it, God will lead you in the right direction," he continued.

"Whether other people disagree or don't with your decisions, you know your child. God gave him to you. It is your charge to protect him and lead him in the the path which He wants them to go," he admonished.

Richard noted that fatherhood is not easy, but it is worth it.

"It is not easy, but it's one of the best things that has ever happened to me," he told CBN News. "It has truly changed my opinion and view of the world and of myself actually."

Be sure to watch for more from Caleb, his dad and his mom in a future episode of Studio 5.