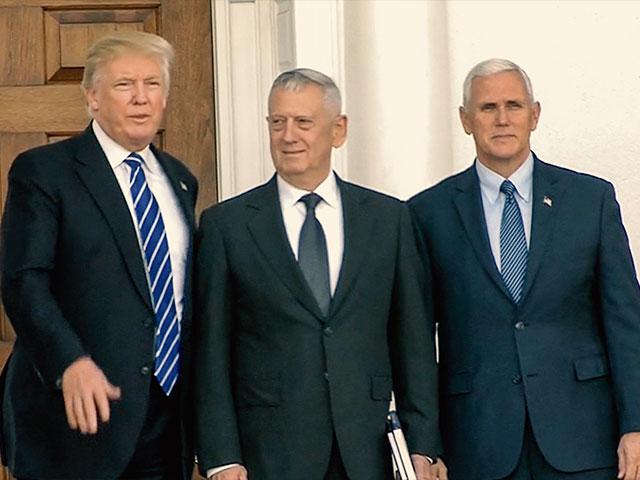 One thing is certain, his cabinet secretaries really seem to enjoy working for him. To prove it, some of them took a very, very, very long journey through the Senate to get confirmed and have a chance to sit in a seat around his table.

However, the question I would like to ask the media is compared to what?

I covered the Obama administration and sometimes the press pool would hear from the president before his cabinet meetings began about what he hoped to achieve, but if my memory serves, we never got to hear from his cabinet secretaries.
In fact, we have no idea what President Obama's secretaries said to him as they went around the room. They too may have blown sweet smoke in their boss's direction.

Do YOU have a job?

Are YOU guilty of the same on occasion?

We also have no idea what Trump's cabinet members said after the reporters and cameras left. Was there an expectation they would discuss policy strategy in front of the world?

The truth is that the Trump administration is allowing the media to see and hear more of what the president is doing on a weekly basis than any other administration in history. And despite the heightened tension between this White House and the press- ask just about anyone else in the White House press corps and they'll tell you the same. In fact, members of the White House Correspondents' Association board have said as much publically, more than once.

Vice President Mike Pence was called out for saying, "This is just the greatest privilege of my life". However, if you've listened to just one of Pence's speeches since he became VEEP, that's exactly how he opens all of them.

Also, newsflash: Trump has a lot of Christians in his cabinet. When his Chief of Staff Reince Priebus, also a Christian, referred to getting to serve the president and his agenda as a "blessing" that's how millions of Christians talk every day whether they're sitting around their kitchen tables or around the most influential table in the world.