General John Kelly: Putting the ORDER in Law and Order 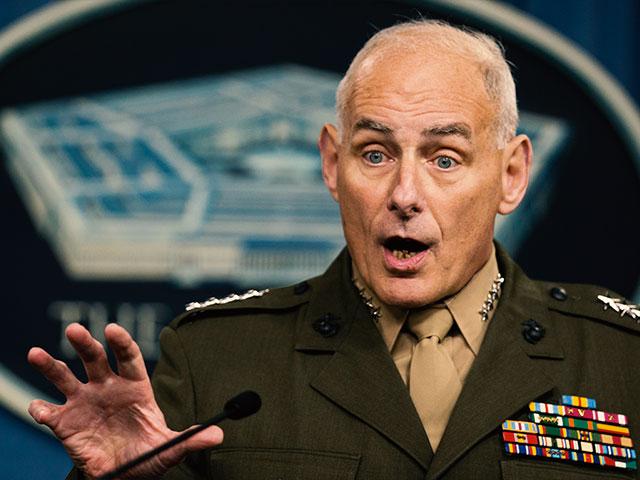 WASHINGTON - In the latest White House shakeup, President Trump took to Twitter to announce White House Chief of Staff Reince Priebus was out and Ret. General John Kelly was in.

While much has been said about the soon to be former chief of Staff Reince Priebus, a new general has to come to the White House.

Who is General Kelly? And what does he bring to the West Wing?

Who is General John Kelly?

Retired General John Kelly is the current Secretary of Homeland Security. He is a retired four-star General who began his military career with the US Marine Corp in 1970.

“I don’t know how to do anything but be a Marine,” Kelly once said.

The heavily decorated veteran served during Operation Desert Storm and led a task force during the War in Iraq.

He served under the Obama administration as the head of the US Southern Command, giving him knowledge of the criminal dealings and drug cartels of South America, Central America and Mexico.

The traditional role of chief of Staff is to work as a “gate-keeper” for the president. This person oversees the visits and meetings of the president, maintaining control over who comes and goes and when.

The chief of staff is also tasked with overseeing the duties of key members of the White House staff.

However, even if Kelly is able to bring order, President Trump is still the President, and ultimately the one in charge.

As CBN News Chief Political Correspondent David Brody put it, “To be clear: John F Kelly is "Chief of Staff" BUT @realDonaldTrump is "CHIEF of the Staff." That will never change.”

To be clear: John F Kelly is "Chief of Staff" BUT @realDonaldTrump is "CHIEF of the Staff." That will never change

Why Some Say He’s Perfect for the Job

Kelly has the reputation of being a “good leader.”  Supporters of the president are hoping the 45- year- Marine Corp Vet will bring order to what often looks like a chaotic West Wing, embattled by conflicting messages and media leaks.

"I think the president wants to go a different direction, wants a little bit more discipline, a little more structure in there," Office of Management and Budget Director Mick Mulvaney told CNN's State of the Union Sunday.

Kelly also comes into the role with a high level of respect from his peers.

His leadership in the Department of Homeland Security has been credited with implementing stricter border patrols and carrying out the president’s tough stance on immigration.

As Press Secretary Sarah Huckabee Sanders said, “He is respected by everyone, especially the people at the Department of Homeland Security. The entire administration loves him and no one is comparable.”