Melania Trump Crafts Her Role at the White House 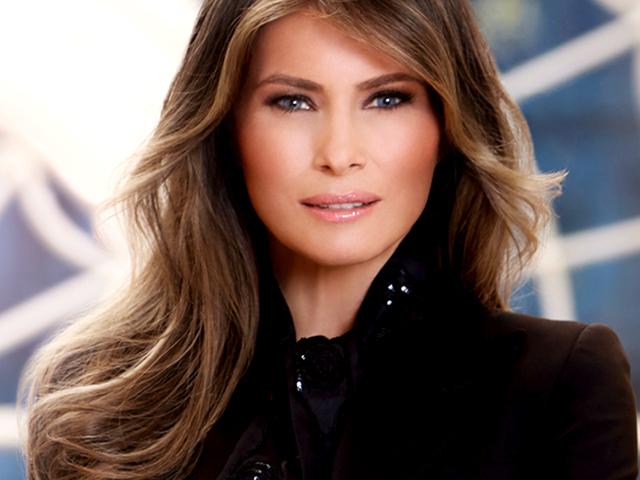 First Lady Melania Trump has been living at the White House for a few weeks now, however, it will likely take some time for her to carve out her new role.

“I do think she will feel more pressure now that she’s in D.C. from media and from others in the political circles in D.C. to be much more public,” says Dr. Jean Harris, political science professor at the University of Scranton.

Despite her prominence in American society, there’s no official job title, role or budget for the first lady.

“All first ladies have to decide what is the best role they can take on once they’re in that position and I think she needed a little bit of time to wrap her head around being first lady and…make the role what is comfortable for her,” says Dr. Harris.

Mrs. Trump is starting her new job from a unique perspective – no political experience. However, Melania brings other unique qualities to the White House.

“I do think her status as an immigrant and more importantly that English is not her first language makes things very difficult for her. I think she’s much more comfortable in a global realm where lots of folks also have different languages that they can speak, she’s fluent in several,” says Dr. Harris.

A role she is comfortable playing: style icon. Her wardrobe on her first international trip with her husband made headlines everywhere she went.

“But all the other pieces, it’s really up to Melania and her husband to decide what role she will take on, what he’s comfortable with her doing and what she is comfortable doing knowing that at all times people are watching her and if she missteps it could be problematic for her husband’s presidency,” Dr. Harris adds.

The Big question: Can Melania keep her husband from tweeting? Dr. Harris doesn’t think so.

“She certainly shares with her husband her opinions and her critiques of him. That does not mean that he listens to her and she’s not trying to change him. He is, as she has said, his own person and independent. So while she and others, I’m sure, are willing to suggest he should tweet less I don’t think that she can change his ways and I don’t know that he can change hers either, they are two independent strong willed people.”

Dr. Harris thinks Melania will follow in the footsteps of First Lady Michelle Obama in focusing on issues of importance to children.

She also has an opportunity to help shape the image of her husband.

“The first lady certainly can soften edges for their spouses, can give people a different sense and understanding of who they are,” says Dr. Harris.

Watch my full interview with Dr. Harris above. She was kind enough to join me while on vacation.