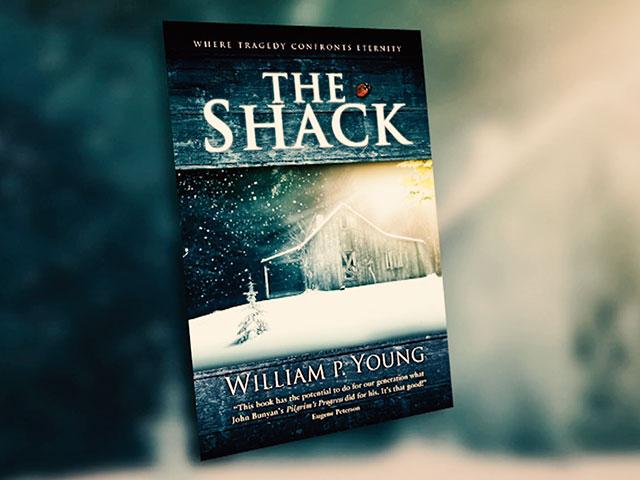 William Paul Young's book The Shack quickly became a bestseller after its release 10 years ago. Millions of Christians embraced the emotional tale of a grieving father's encounter with God, following horrific tragedy and loss.

But the fictional story also sparked debate, with some Bible scholars calling it theologically unsound.

Aviv Alush and Sumire round out the trinity, portraying Jesus Christ and the Holy Spirit.

In Mack's fictional journey, he sees Jesus as a Middle Eastern man, the Holy Spirit as an Asian woman and God the Father as black woman.

Some have called Young's depiction of God, Jesus Christ, and the Holy Spirit "profoundly unbiblical."

In a recent Movieguide article, Managing Editor Ben Kayser noted, "the problem with The Shack is that it is less concerned about who God is, and more concerned with how we perceive Him, by literally using the argument 'how about you try being God and see how hard it is'."

Seminary professor James B. De Young wrote a book in response to Young's book and called it Burning Down the Shack.

De Young wrote, "It's often said that one can understand a book better by knowing the author."

De Young said he wrote the book to "expose the greatest deception to blindside the church in the last 200 years!"

The criticisms are not new to Paul Young. He heard them not long after publishing The Shack ten years ago. And he's comfortable hearing from those who disagree with his work.

Young said, "We need to be challenged in how we think. And a lot of times, people's responses are based in they are afraid. And I know that because I lived in that world."

"Maybe ask a good question. Maybe stay silent. Because it is about the dignity of the other and the journey that the other is in."

Young has his critics, but he also has millions of supporters. The book did sell more than 20 million copies.

Wayne Jacobsen, who helped to edit the book long before it became a bestseller, noted the story "deals with the timeless question of 'Where is God when my life goes off track'?"

He added "And it's told in a way that's accessible both to believers and those disaffected with religious institutions."

Jacobsen is an author and the former pastor of Visalia's Savior Community Church.

In Lane's review of the film, he said, "God the Father, God the Son, and God the Holy Spirit are venerated and celebrated in the most creative and out-of- the-box way."

Lane encourages church leaders to see the film with their congregations.

He noted, "The Shack is a potent drama and powerful tool that enables the Church to engage this generation in a loving, provocative conversation about the truth of Jesus that unveils the life-changing power of the Gospel."