Exclusive: Why 'Shack' Star Sam Worthington Sold Everything and Lived in His Car 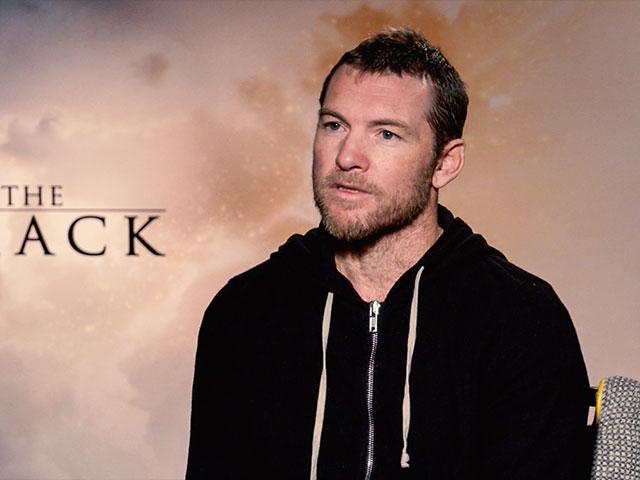 Actor Sam Worthington is famous for his roles in the films Avatar, Everest and Hacksaw Ridge. His latest film The Shack hits theaters Friday, March 3.

The movie is a gripping story of a grieving father facing unthinkable loss, and it's based on William Paul Young's best-selling novel of the same name.

Worthington plays that leading role, Mack Phillips. But as a husband and the father of two young boys, Sam has his own personal "shack" story.

In an exclusive interview with Studio 5, Worthington said, "I have built my shack."

"If the shack is a metaphor for the anger, the guilt and resentment and frustrations we have with life and then we live in it, I have definitely lived in mine."

Sam Worthington was born and raised in Australia. He describes his professional role in The Shack as part of his personal journey of faith.

"I came to my faith very late," Sam Said.

"I was about in my twenties when I was given a Bible to read by friend, to tell me to calm down."

"It was never something that was put upon me as a kid. It is something I have been journeying on by choice."

That journey has not been completely smooth. Before his successful acting career, Sam dropped out of college without a real plan for his future.

His dad gave him $400, a one way ticket to the opposite side of the country, and one sentence of advice. "Work your way back home and grow up a bit."

Recalling the wild adventure, Sam told Studio 5, "I didn't know what to do with my life, and my dad didn't want me sitting around watching TV, and wasting this precious gift."

That journey ultimately lead to a very successful acting career in Australia before Sam would turn 30. But that was not the last bump in the road.

Sam saw his success and didn't like it. He sold everything and lived in his car for a bit.

Recalling that time in his life, Sam said, "I had a solid career in Australia, making movies. But I looked around at everything that I owned and felt that it was defining me, and I didn't like who it was defining and what it was saying."

"I looked in the mirror one day, and I decided I didn't like what I saw, so I thought I'd sell the mirror."

At that time, he was an angry man with many questions, much like the fictional father he portrays in The Shack.

The questions drove him to God.

Sam recalled, "When I reached out to God, I found someone who listened for the first time. And he wasn't judgmental."

"And I may not have gotten the answers back, but I had a comforting ear."

"So, when I reached out and I am sitting in the back of a car in the middle of the snow, angry at everything, what I got back was, 'It is ok.' And that love helps you through it."