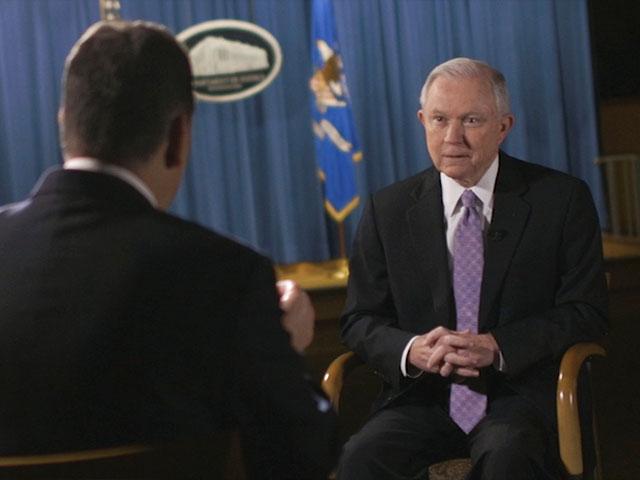 Attorney General Jeff Sessions sits down with CBN’s Faith Nation in a wide-ranging interview that touches on the subjects of religious liberty, DACA, the NFL National Anthem controversy and much more. The show airs Wednesday at 12:30pm on the CBN News Facebook Page. You can watch the whole interview at that time. BUT we’re releasing a couple clips beforehand.

In this clip, Attorney General Sessions talks about the need for America to return to the traditional rule of law and order. Watch and read the transcription as well.

Attorney General Jeff Sessions: “I think we’ve had a slide over quite a number of years in which courts and advocates and politicians have disrespected the primacy of law and that has long term damaging effects for the country and we’re trying to get us back on the traditional view that protects us all in the long run.

Attorney General Jeff Sessions:  “Absolutely. I think they are too sensitive to that sometimes. I don’t mind saying it at all. It’s this umbrella of law and the Constitution that protects us. One professor said, ‘If you respect the Constitution, you will apply its principles even if you disagree with them.’ Otherwise, you get to the point where nothing is firm. There’s no wall of protection for anyone, whether they’re liberal or conservative, secular or religious. And so in the long run we all benefit for a strong Constitutional, traditional order and judges should enforce the law as it was written and intended, not as they would like it to be.”