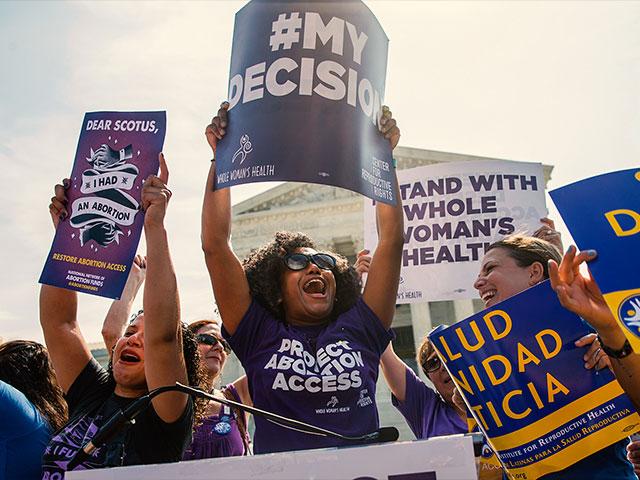 The party's new platform calls for the repeal of the Hyde Amendment, which prohibits the use of federal tax dollars to pay for abortion. It's a law passed by Congress 40 years ago and signed by President Jimmy Carter. Democrats now say it should be repealed.

According to Democrats for Life of America, one in three Democrats is pro-life. The group urges the party to “open the tent” to make room for them, but at this convention, the tent collapsed on them.

The drastic change in policy inspired two Christians on opposite sides of the political spectrum to speak out. Dr. Russell Moore, president of the Ethics & Religious Liberty Commission of the Southern Baptist Convention, and Michael Wear, the man behind President Barack Obama’s faith outreach in 2012 joined forces to sound off about the change in an opinion piece in USA Today.

The two of us see this issue somewhat differently. One of us (Wear) voted twice for Obama and served him in his campaign and White House. One of us (Moore) voted twice against him, and opposed him throughout the administration on questions of abortion. One of us (Wear) saw in some of Obama's language a goodwill effort to achieve something of a big tent.

The other (Moore) sees it as political rhetoric because the central issue is whether a human being can be denied the right to life simply based on his or her age, size and vulnerability. Nonetheless, we agree that a major American party calling for the repeal of the Hyde Amendment would be a foreboding sign for American civic life.

In an interview with Beltway Buzz in Philadelphia, Wear says the new Democratic platform, "makes millions of Democrats uncomfortable – not to mention millions of other Americans that the Democratic Party should be welcoming in and I think it’s a shame," he says.

"The platform calls for the abolishment of the death penalty, immigration reform ;is central to the platform, criminal justice reform, all these issues that speak to the values of people of faith – to many people of faith. This enters a note of dissonance in that though," Wear says.

"And Hillary has a history to pull from that does seek to find common ground on abortion, so does her running mate. Why they're not pulling on that thread of their history, of their political life, and instead pulling on others is disappointing and politically and morally, I think, misguided," Wear says.