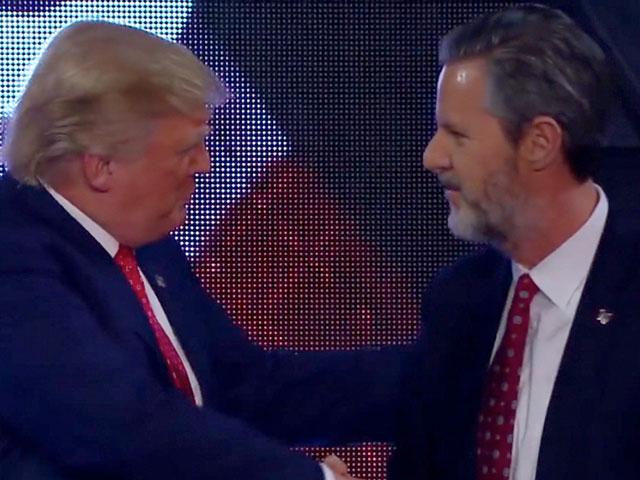 UPDATE: "Liberty University students want to be known as champions for Christ, not as champions of Donald Trump."

The group of students and alumni that make up "Liberty United Against Trump" say, in two days, 2,500 people signed on to their statement and more than 1,100 supporters used Liberty.edu email addresses.

"We love Liberty University and want the world to know what the true political climate is here. We also respect our leaders, and this is why we jmust hold them accountable if they misrepresent our school," the statement reads.

The so called "Trump tapes" were too much for some Liberty University students and alumni already dismayed by their chancellor's fierce support of Republican presidential candidate Donald Trump.

"We are Liberty students who are disappointed with President Falwell's endorsement and are tired of being associated with one of the worst presidential candidates in American history. Donald Trump does not represent our values and we want nothing to do with him," the students said in statement.

But "Liberty United Against Trump" students have had it.

"Jesus tells a story in the Bible about a man who tries to remove a speck of dust from his brother's eye, while he has a log stuck in his own. 'You hypocrite,' Jesus says, 'First take the log out of your own eye, and then you will see clearly to take the speck out of your brother's eye,'" the students write.

"While our president Jerry Falwell, Jr. tours the country championing the log in his eye, we want the world to know how many students oppose him," they continue.

For many evangelical voters, Trump offers a more palatable future than Democratic nominee Hillary Clinton, including the promise of conservative judges nominated to the Supreme Court.

However, "Liberty United Against Trump" students point out that if LU faculty or staff used the same language Trump was recently heard saying on a decade-old recording, they would be sacked.

"We Liberty students are often told to support Donald Trump because the other leading candidate is a bad option. Perhaps this is true. But the only candidate who is directly associated with Liberty University is Donald Trump," the students write.