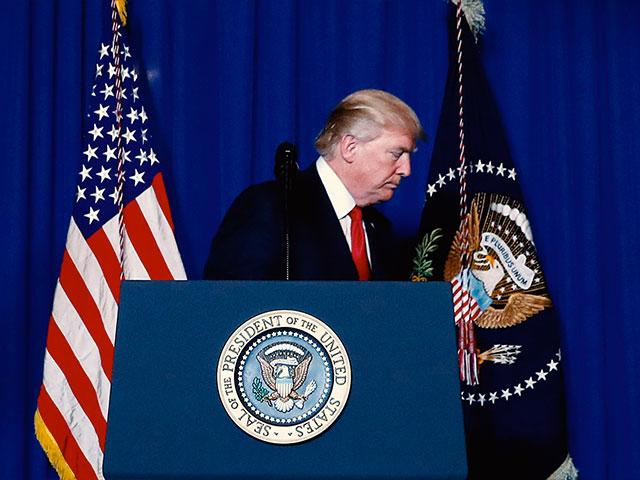 The two men discussed a range of issues including trade, security, the G-7 Summit (being held in Sicily next month) and NATO.

Italy currently does not pay the agreed to 2% of its GDP on NATO defenses. It’s a deficiency that President Trump has told Italy and other countries must end.

Speaking in Italian, Prime Minister Gentiloni says his country has already begun to correct the problem, but cautions it will be a process.

President Trump made news by saying that he “looks forward to meeting the Pope” when he travels to Italy for the G-7. There had been some question as to whether he would be invited to have an audience with Pope Frances or whether he would attend.

As the president approaches his first 100 days in office, he’s facing a slew of international hot spots and a number of pressing matters here at home.

Domestically, he’s still working to get his plan to repeal and replace Obamacare through Congress. Also, on his 100th day, April 29, the government risks shutting down if lawmakers can’t agree on a spending plan.

When asked which Congressional victory he wanted to get next week, Trump said, “I want to get both, are you shocked to hear that?”

He says it took 17 months to craft and pass Obamacare while he’s been working on his plan for just two months. Tremendous progress is being made on the bill, he says. It’s morphed from the form it was in a few weeks ago when the bill failed to pass the House and Trump says it keeps getting better.

Meanwhile, Republican leaders are grappling with how much of the president’s budget requests to honor in their spending plan. Increased military spending seems to be agreeable to both Republicans and Democrats, but Trump’s requests for money to build a wall along the southern border and his plans to drastically cut the spending of some agencies like the Environmental Protection Agency and the State Department are problematic for many lawmakers.

It’s all culminating as Congress returns from its Easter recess Monday and begins a sprint towards Saturday.

Meanwhile, overseas, Trump is dealing with increased tensions with North Korea. “Some very unusual moves have been made over the last few hours” Trump said.

On Iran, President Trump reiterated his dislike for the “terrible agreement” that is the Iran nuclear deal, which is staff is now reviewing. He says, “Iran is not living up to the spirit of the agreement and they have to do that.”

Still, he’s yet to rip up the deal as he promised he would do once he took office.

The president was asked if the U.S. should play a roll in Libya and he said no. “I do not see a roll,” he said, “we’re in rolls everywhere,” he continued.

ISIS, he says, is another matter.

“We are effectively ridding the world of ISIS.”