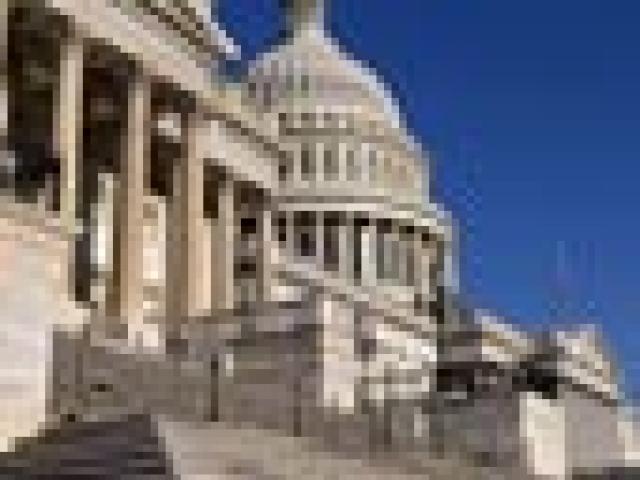 Congress has received President Donald Trump's spending plan. That's $4.1 trillion dollars behind the president's campaign promises like more funding for the military, more funding to care for veterans and money to build a wall along the nation's southern border.

It's called "The New Foundation for American Greatness" but White House Budget Director Mick Mulvaney says it should be called "A Taxpayer First Budget".

"We looked at this budget through the eyes of the people who are actually paying the bills," Mulvaney told reporters Tuesday.

Spending bills originate in the House of Representatives so the president's budget will be used as a blueprint or suggestion as lawmakers craft the nation's 2018 spending plan.

Referring to Trump's cuts to the federal food stamp program, Rep. Harold Rogers, a Republicans from Kentucky said, "These cuts that are being proposed are draconian. They're not mere shavings, they're deep, deep cuts."

For instance, he says, the food stamp program nearly doubled during the recession, but eight years later the program remains near those recession numbers. Mulvaney says it's "compassionate" to tax payers ask if there are people on that program who shouldn't be.

"I've said it before, I say it again: If you are 30 years old you have never had a job as an adult in a healthy American economy.  It's either been a recession or a slow, sluggish economy stumbling along at less than 2 percent growth," Mulvaney said.

Under 3% growth, Mulvaney says Americans should feel comfortable quitting a job they dislike with confidence they'll find another one that suits them better.

You can read the president's full budget here.