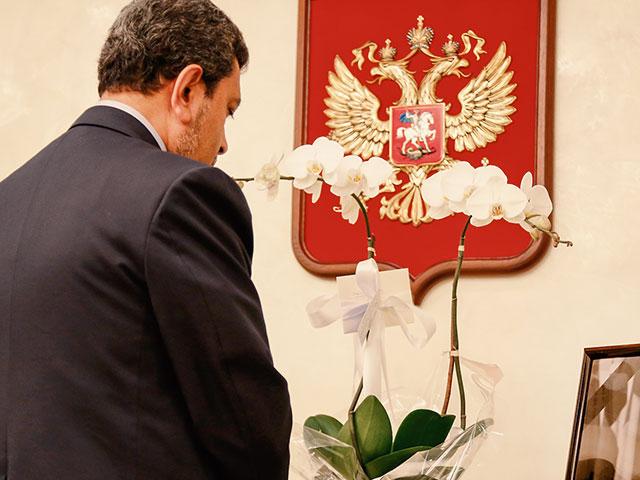 It's suddenly become very deadly to be a Russian diplomat.

Six have died in the last two and half months.

Russia's ambassador to Turkey, Andrei Karlov, was assassinated before press cameras at an exhibit in Ankara on Dec. 19 by a Turkish police officer shouting, "Don't forget Aleppo!"

On the same day, another diplomat, Peter Polshikov, was shot and killed in his Moscow apartment. Polshikov worked in the Latin American department of the Russian Foreign Ministry. The shooting is still under investigation.

Russia's U.N. ambassador, Vitaly Churkin, died in New York last week from what was reported to be a heart attack. There is internet buzz, but no solid report, that a post-mortem showed poison in Churkin's kidneys.

Russia's ambassador to India, Alexander Kadakin, died Jan. 27 after a what was reported as a "brief illness."

Ex-KGB chief Oleg Erovinkin was found dead in the back of his car Dec. 26.  An initial report said he had been shot twice in the head.

Last year on Election Day in the U.S., Russian diplomat Sergei Krivov was found unconscious at the Russian Consulate in New York and died on the scene. Initial news reports said Krivov fell from the roof and had blunt force injuries, but Russian officials said he died from a heart attack.

And going back to 2015, Mikhail Lesin, the founder of the media company RT and an adviser to Putin, was found dead in a Washington hotel room.  The Russian media again called it a "heart attack," but the medical examiner said it was "blunt force injuries."

And there is more intrigue, even if it is seemingly unrelated. A Kremlin critic who was brave enough to return to Moscow last month was apparently poisoned for a second time.  Vladimir Kara-Murza was placed in a medically induced coma before being spirited out of Russia. He was in Moscow for the debut of a documentary film about his mentor, Boris Nemtsov, who was gunned down in front of the Kremlin in 2015.

And the Balkan nation of Montenegro, a former Moscow ally, has accused "Russian state bodies" of plotting a coup attempt to stop Montenegro from joining NATO and depriving Moscow of a naval base on the Adriatic.

What does all this mean? It's hard to say. We already knew that Russian President Vladimir Putin was ruthless, but it's unclear who is behind the deaths of the diplomats.

There remains a lack of interest from the Western media.