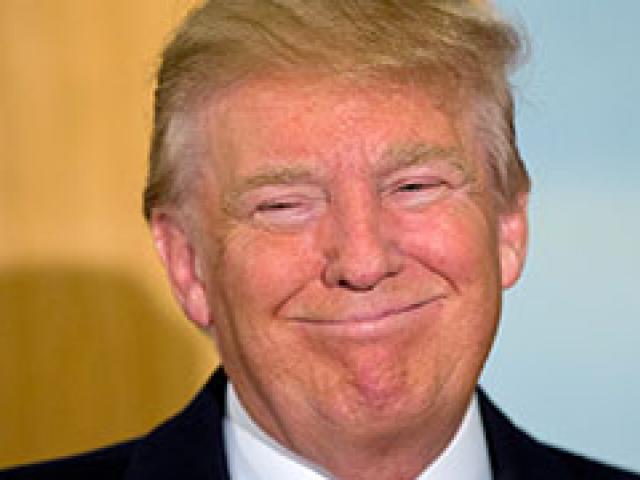 For months and months, Donald Trump has been exclaiming, “The evangelicals love me and I love them.” Well folks, tonight that love affair paved his way to victory in the all-important South Carolina Primary.  72% of the voters in South Carolina Saturday night with evangelical. Trump won 33 percent, of them. Ted Cruz won 27 percent, and Rubio won 22 percent. So let’s not kid ourselves here: Donald Trump is on his way to the GOP nomination and if he wins it, it will be because of evangelicals. Plain and simple.

Let’s have this thought sink in for a moment. Donald Trump won the evangelical vote in South Carolina. Let me repeat that. Donald Trump won the evangelical vote in South Carolina. Ted Cruz, the evangelical candidate did not. Marco Rubio, who speaks so eloquently about God didn’t either. Both those men (Rubio and Cruz) are solid men who love Jesus. But it is Trump who has done the best job of channeling the anger of the GOP electorate and guess what? Evangelicals are upset with the Republican Party too. They’ve felt like cheap political pawns for years, constantly being used by the GOP to get out and vote and then having nothing to show for it. With Trump, many of those evangelicals feel like they’ve found the politically incorrect mouthpiece to channel their inner frustration. Is he the most righteous man to carry the torch? No. Is he the most transparent and authentic one? Clearly, they believe so. Look, evangelicals are not monolithic. There are plenty of evangelicals who can’t stand Trump. But as we saw in South Carolina tonight, there are plenty who trust him to get America back on the right track.  So now it’s on to Nevada where Trump holds a massive lead. Then come the SEC Primaries where Trump is once again poised to do very well. Let’s have some truth telling here: if this was anybody other than Donald Trump, we’d say this nomination process is virtually over. But because it’s Trump and he’s such a wild card, we can’t say that. If Trump is going to lose this nomination, he’ll have to beat himself. He’ll have to be SO over the top that it becomes too much to handle. I’m not convinced that’s going to happen. He has a Teflon quality that is remarkable to watch.

Now, as for Marco Rubio and Ted Cruz, this is going to be interesting. Let’s start with Cruz.

You’ve got to feel for the guy. He’s got a stellar record of defending Judeo-Christian principles; he’s a born-again believer; he has plenty of money; he’s thrown the liberal policy kitchen sink at Trump and he’s as smart as they come. Then along comes South Carolina with a treasure trove of evangelical voters. You would think this state is picture perfect for him yet Trump beats him among evangelical voters (33 to 27%). That simply can’t happen and for that reason alone it just wasn’t a good night for Cruz. What I’m picking up from evangelical voters who are on the fence is that some just either don’t trust him based on what happened in Iowa (and also what Trump and Rubio have been saying about his character) and they don’t necessarily like the way he comes across. They feel he’s a bit too slick and too cute by half. Those are the perceptions out there in evangelical world and it hurt him in South Carolina. There’s also another factor. Cruz is trying to channel that outsider, anti-Washington DC space that Trump occupies too but it plays better with Trump because he is indeed an outsider that talks like one. Cruz is a U.S. Senator that does not talk like an outsider. He talks like a polished politician. The two don’t go together and I think it hurts him stylistically. As for where he goes from here, I will tell you this: Cruz is a fighter and so is his campaign. They have a great campaign operation and they’ll figure a way (on paper at least) to plot strategy and come back. Then they have to hope that their paper strategy comes to fruition by the time those crucial SEC Primaries take place a week from Tuesday.

For Marco Rubio, this was a great night. First of all, instead of fighting Jeb Bush for third place, he was fighting Ted Cruz for a virtual tie for second. That’s a win any way you cut it. But it gets better. Jeb Bush is now out of the race. That should translate into more support for Rubio. Plus, expect to see an onslaught of GOP politicians starting to endorse Rubio this week. I’m waiting for Mitt Romney to endorse him anytime now. This is all bad news for Ted Cruz because when this happens the media will begin to craft the storyline that Rubio is going to try to be the giant slayer against Trump. Cruz wants that title so he’ll need to fight off that narrative while at the same time fight off a media generated narrative that if he can’t win evangelicals in South Carolina, how in the world will he do any better in the SEC Primaries? So the bottom line here is that Rubio has a huge upside now with momentum in his favor. Rubio’s problem is that he needs that one-on-one matchup with Trump quickly but Cruz is in the way. Conversely, Cruz really needs Rubio out of the way so he can go after Trump. Neither one is going to happen in the short term and you know what that means right? It means Trump continues to move forward because the mathematical pie will work in his favor.  It just keeps breaking Trump’s way.