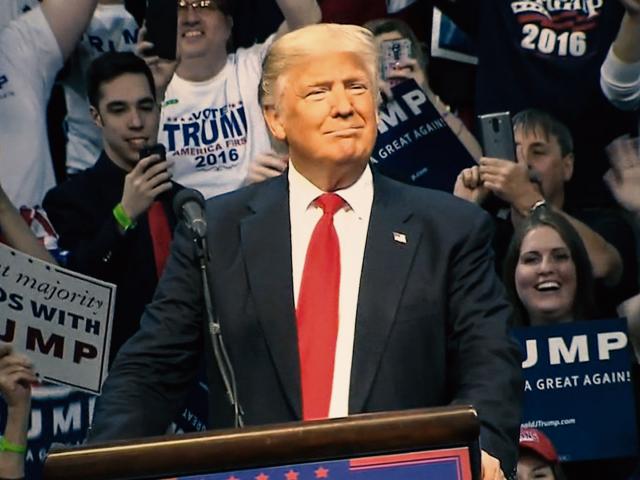 Donald Trump will give a big speech to a large group of conservative Christians on June 10 in Washington, D.C. He’ll headline the Faith and Freedom’s Road To Majority Conference. Influential evangelical Ralph Reed organizes the annual event.

This will be an opportunity for Trump to try and convince skeptical evangelicals to get on board the "Trump Train." He still has work to do despite a good showing with evangelicals during the primaries.

Here is what I wrote about Trump and evangelicals over the weekend:

Trump has some work to do on two fronts. First of all, he needs all hands on deck, which means he needs to bring in the evangelicals who DID NOT vote for him during the primaries. If he thinks that they will vote for him just because Hillary is the alternative, he’s playing with fire. Some of them will hold their noses and take the plunge but not all. And as a businessman, Trump knows numbers. Data means something. And the last time I checked, an 80 percent evangelical turnout is better than a 75 percent evangelical turnout. To get the big turnout, he’ll need to assure them that he’s solid on everything from abortion, judges, religious liberty, Israel, transgender bathrooms, etc. His list of judges was a good first step. He’ll need more. He'll need to tone down the language. Skeptical evangelicals need to get to a more comfortable place. If they do, he’ll have their support.

Secondly, Trump needs to understand that evangelicals (conservative Christian voters) make up a large base of the party. They are the grassroots. They are the ones that make phone calls, knock on doors, convince their skeptical neighbor, etc. If Trump doesn’t give them anything to get excited about, they won’t do the thankless work that’s required to get him elected, especially in key swing states. For decades, evangelicals have been the “Energizer Bunnies” within the GOP. Put another way that Trump will understand: they are “high energy.”

In a General Election, the political play has always been that a presidential candidate will moderate and move to the middle. Trump has to do the exact opposite. He’s already too much in the middle (and left of center) for these skeptical evangelicals. He needs to move towards them. Nobody is saying that he needs to become this social conservative champion for the ages. That wouldn’t be authentic. He just needs to engage with evangelicals on a consistent basis.

This is NOT the time to think they are in the bag and put them down as a “yes” vote for Trump. That would be a HUGE mistake. He needs to run toward them, not away from them. If he does that, then people won’t be calling him Mr. Trump anymore. They’ll be calling him President Trump.