Exclusive: Michele Bachmann: Israel's Enemies 'Will Be Lifted Up' if Clinton Wins 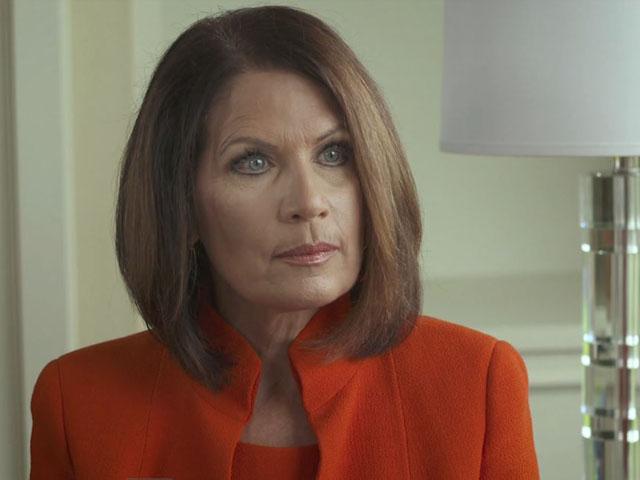 Former Rep. Michele Bachmann tells The Brody File that if Hillary Clinton becomes president, "the enemies of Israel will be lifted up" and the "enemies of biblical Christianity and biblical Judaism will be at risk."

Bachmann says the reason is because of whom Hillary Clinton surrounds herself with, namely her close advisor Huma Abedin.

Bachmann has been sounding the alarm about her for the last five years, shouting from the rooftops that Abedin's family members have ties to the Muslim Brotherhood, the radical terrorist group who is most definitely anti-Israel.

"Huma Abedin's father was a senior member of the Muslim Brotherhood. Her mother was a senior member of the Muslim Sisterhood," Bachmann tells us from her home in Minnesota. "Our federal says you do not get a security clearance as a federal employee if you have family connections or relationship connections that could in some way imperil the security of the United States for obvious reasons."

She was ridiculed for her views in 2012 but a recent investigative report continues to shed more light on those ties. The New York Post reported the following:

"Hillary Clinton's top campaign aide, and the woman who might be the future White House chief of staff to the first female U.S. president, for a decade edited a radical Muslim publication that opposed women's rights and blamed the US for 9/11."

Indeed, for years, Abedin was listed as assistant editor of the Journal of Muslim Minority Affairs, a publication that has supposed ties to the Muslim Brotherhood organization. Her mother still remains editor-in-chief.

Bachmann says it doesn’t take a rocket scientist to figure a few things out.

"That was the family business. Her father began the magazine, her mother was also involved with the magazine, Huma Abedin was listed as an assistant editor deciding what they would print, what the stories would be on this magazine," she said. "For 12 years she was listed on the masthead. Her brother was on this magazine and her sister was, so this was the family business, advancing Islamic Sharia law in countries where Islam was not the dominant religion."

Bachmann is also sounding a word of biblical caution.

"The Bible tells us who we surround us with makes a big difference in who we are," she said.

She says Republican candidate Donald Trump needs to bring up Huma Abedin's questionable family connections against Clinton in these last few months before the General Election.

Bachmann is offering informal advice to Trump on matter of foreign policy.