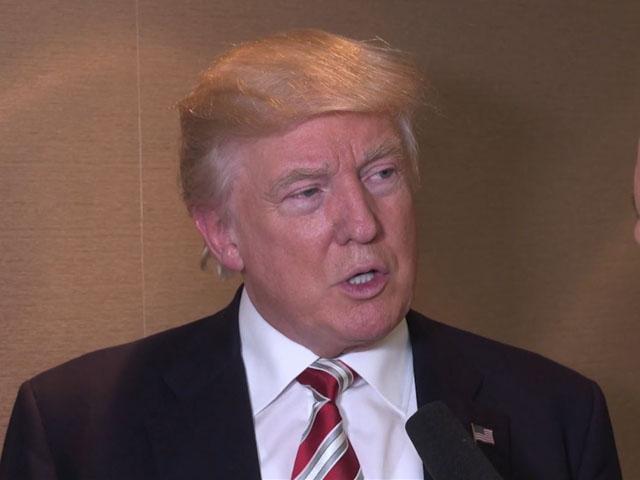 The Brody File has learned that the Trump campaign will announce their newly formed pro-life advisory council today. There will be more than 30 national co-chairs including many current members of Congress and sitting governors.

It's an all-star list but among the most notable names are Gov. Sam Brownback of Kansas, Gov. Mary Fallin of Oklahoma, Sen.& David Perdue of Georgia, Sen. Steve Daines of Montana, Rep. Marsha Blackburn of Tennessee, Rep. Kristi Noem of South Dakota, and plenty of other pro-life congresswomen. The full list is below.

Marjorie Dannenfelser, president of Susan B. Anthony List, will lead the pro-life advisory council. Here's what she says about the newly formed council:

"National co-chairs of the coalition will communicate Mr. Trump's pro-life commitments to people in their sphere of influence, speak out in support of the Trump-Pence ticket and, most importantly, recruit state co-chairs for the coalition who will in turn drive the campaign's pro-life message out to each individual voter. Every vote counts. The policies outlined by Mr. Trump are not only important to pro-life base voters, but they appeal to a majority of Americans who oppose Hillary Clinton's plan to make taxpayers pay for even late-term abortion on-demand."

All of the names on this list are well respected in the pro-life community so this move today becomes yet another sign that Trump and his campaign are serious about courting pro-life Catholics and evangelicals.

Trump has the right people around him to advise him wisely on such an important subject. Remember, the people a president surrounds himself with is vitally important.

As a matter of fact, the Bible speaks to the issue of wise counsel. Proverbs 11:14 says, "Where there is no guidance, a people falls, but in an abundance of counselors there is safety." Or how about Proverbs 15:22 which states, "Without counsel plans fail, but with many advisers they succeed."

Today's announcement heeds that biblical advice and may indeed give comfort to those remaining evangelicals who are having a tough time making their way to the voting booth this election cycle.

National Co-Chairs List (The Trump campaign puts the following disclaimer on this list: *Please note titles and affiliations listed for identification purposes only*)