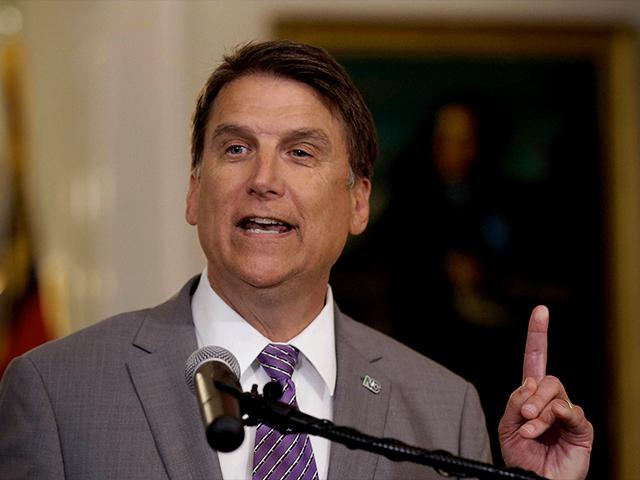 Hi everyone, Jenna Browder here reporting for The Brody File in Raleigh, North Carolina, a key battleground state in the 2016 presidential election and the epicenter of many hot-button issues facing our country, including House Bill 2.

The bill says that when it comes to using government buildings, individuals may only use restrooms and changing facilities that correspond to the sex on their birth certificates.

In an exclusive interview, I sat down with Gov. Pat McCrory who says he has no plans to repeal the controversial “bathroom bill.”

So, this whole focus on one bill is really a diversion… and the national media has no idea and the people in the public have no idea that this issue was started by the left in the city of Charlotte, by a very liberal mayor and by the attorney general that I’m running against. And by now President Obama and Hillary Clinton is supporting this concept also. It's a major changer in our moral fabric."

Our interview was done Thursday afternoon at the governor's mansion in Raleigh.