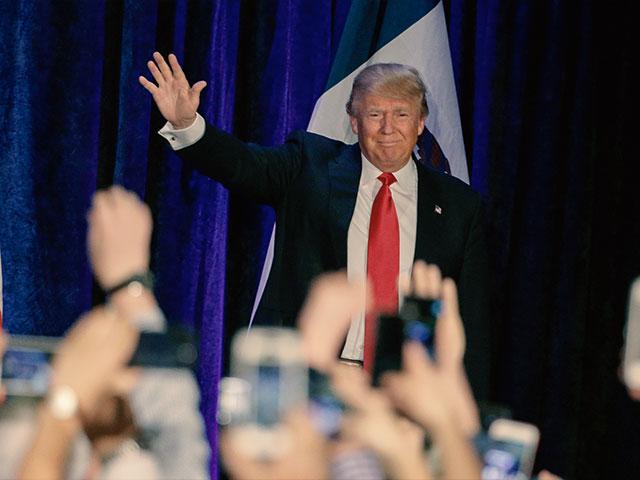 Donald Trump's ascension to the top of the Republican presidential ticket has not only triggered an all-out Republican civil war that has been brewing for some time, it's also produced a "GOP holy war" inside the evangelical community.

So, fellow evangelicals, on Nov. 8 you will need to choose your side of the battlefield.

And a quick side note: Jesus is not on the ballot. Wish he would run but he's running the universe. Maybe 2020. Sorry.

The evangelicals who will pull the lever in Trump's favor are really voting for what they think a businessman outsider can do for America. They're voting for what they hope will be a generation of 5-4 decisions decided in favor of Judeo-Christian values in a nation spiraling out of control.

They're voting for him because of who he has surrounded himself with (principled conservative Christian men like Mike Pence, Ben Carson, Mike Huckabee and many more). They're voting for him because they see a fighter who won't give in to the political correctness of those who bash Christianity. They see him as sincerely pushing for the repeal of the Johnson Amendment so pastors in the pulpit can feel more comfortable speaking out on the political and moral issues of the day.

And oh, by the way, one more thing: They're voting for him because they believe in an active God who has the power to use Trump in anyway he deems fit.

To those who want to ridicule conservative evangelicals for voting in Donald Trump's favor, I say stop it. They have valid moral reasons to vote for a Trump presidency. Their morality is not based in a man. Rather, it's a morality based on saving a Judeo-Christian framework in which Trump's team (not Trump himself) help bring to fruition.

A few days ago, a good and smart man by the name of David French (a conservative evangelical who was considering running as a third party candidate) wrote the following:

I think he has a valid point. For those like French and other evangelicals who are voting against a Trump presidency, clearly there is an argument to be made for doing so on moral grounds. But just remember this: if "pro-Trump evangelicals" (his words, not mine) can't argue that character matters in future elections, then anti-Trump evangelicals aren't allowed to complain about future 5-4 Supreme Court decisions that they disagree with. It cuts both ways. They had their chance.

So what does it all come down to? The "anti-Trump" crowd has one main essential argument: They say Trump is immorally abhorrent and therefore since his remarks throughout this campaign (and his past statements) don't comport with biblical morality, then we need to walk away from him because otherwise, we are not providing a very effective Christian witness to others.

I get the argument. I would just add a word or two of caution. If Trump is an immoral candidate to you, then what is Hillary Clinton? If you say that she's immoral too then you have in front of you two immoral candidates.

So here's the argument against the anti-Trump contingent: By not voting for Donald Trump (or abstaining from voting, voting for a third party candidate, or writing in another candidate) you are essentially still "voting" for the other immoral candidate. So either way you're in a bind.

Is your conscience really clear? What to do? Those who are voting in favor of a Trump presidency argue that when faced with two candidates like this, the tiebreaker becomes who will most likely champion Judeo-Christian values that conservative evangelicals stand for. They argue that will be Trump, hands down.

Your vote is yours and yours only. There are arguments on both sides and ultimately this vote is between you and God. But this is what I know for sure: God gives us free will. And within that free will is the ability to get off the couch and vote for a candidate.

The sad truth is that tens of millions of evangelicals don't even vote in this country. To be sure, those folks have no standing to complain about the moral direction of our country. For those evangelicals that are voting in this election cycle, the day of reckoning is near.

Here's the good news: Whatever you do on Election Day, a vote for a Trump presidency or against it doesn't have anything to do with your ticket to Heaven!

Praise God for that. Jesus already paid the price for you and me on the cross and that is something we can all agree on and be thankful for.