This Just in to Brody File: Exclusive: Donald Trump to Use Childhood Bible for Inauguration 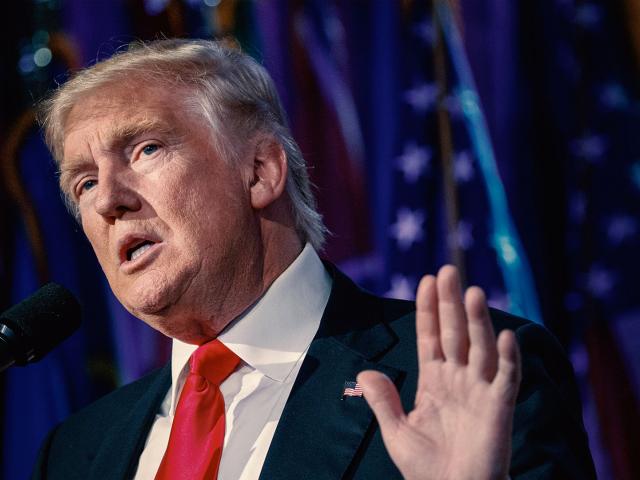 5284758475001
This Just In To Brody File: Exclusive: Donald Trump To Use Childhood Bible For Inauguration

In a Brody File exclusive, we’ve learned that when Donald Trump is sworn in as President of the United States this Friday, he’ll take the oath of office by placing his hand on his childhood Bible that he’s owned for more than 60 years. He’ll also be using the famous Lincoln Bible as well.

The President-elect was first given this Bible when he was eight years old, just two days shy of his ninth birthday. The date was June 12, 1955, the day he graduated Sunday Church Primary School at First Presbyterian Church in Jamaica, New York. His mother, Mary Anne, presented it to him and he’s kept it ever since. The Bible is a Revised Standard Version with his name imprinted on the front cover. The inside cover is signed by church officials with his name inscribed. Trump actually showed this exact Bible to us in one of our nine interviews with him during the course of the campaign season.

The other Bible that will be used will be the Lincoln Bible. Abraham Lincoln used it for his first inauguration. It’s part of the collection at the Library of Congress and was also used by President Obama in 2009 and 2013.

When President Trump puts his hand on those two Bibles, he can thank God for “the evangelicals” who got him up on that podium.  And then he’d be wise to pray often. This country needs it and this new president needs HIS guidance now more than ever.

Watch Jenna Browder and I discuss this exclusive in our B&B segment from DC. You'll also see his childhood Bible that he brought to one of our interviews.

Our B&B segment will be live on the CBN News Facebook Page Tuesday at 11 a.m. to discuss this and much more.