President Trump Talks with the Brody File at the White House 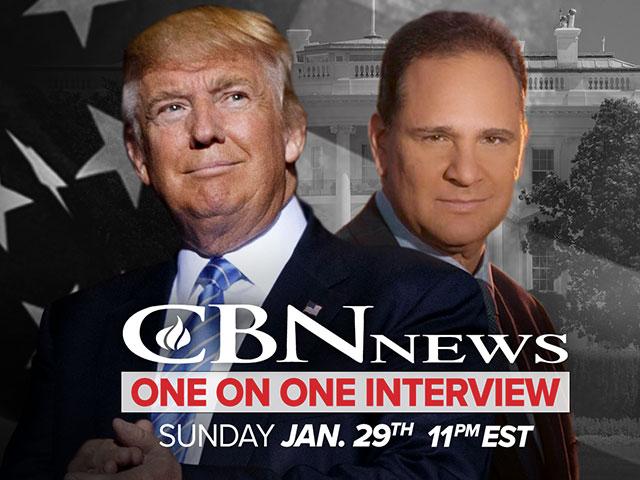 The Brody File sat down for a one-on-one interview with President Donald Trump this Friday at The White House. I believe this would be called a “big-league” interview. Or at least he would call it that. I interviewed him nine times during the campaign and countless times before he ran for the presidency.

We’ll release a few video clips from the interview right here on The Brody File today and through Sunday when we air the full interview at 11 p.m. EST on Freeform. It will also air Monday on The 700 Club.

The reality is Donald Trump would not have the title of “president” if it were not for evangelical voters. And so far, he’s off to a promising start. Just look at his first week alone:

One thing we’ve learned about President Trump -- he ain’t playin’ around. He’s a man of action, whether you like it or not. That’s simpatico with how The Brody File operates because guess what folks: We ain’t playin either. Stay tuned for more on the interview.

Memo to the mainstream media: It’s a new day in town. Let’s go.