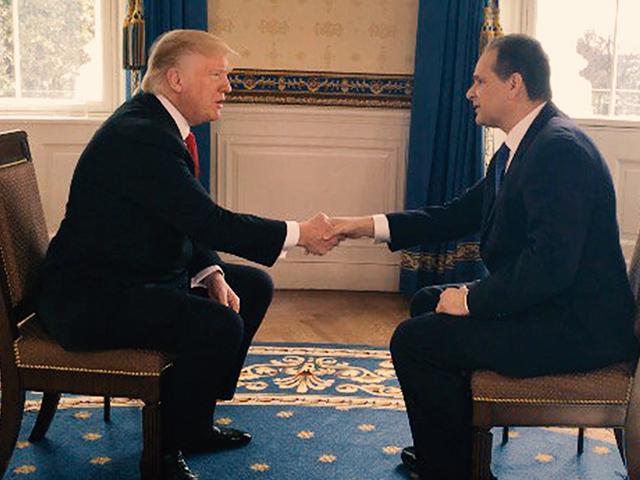 In an exclusive interview with The Brody File, President Donald Trump predicts that when it comes to his pick for the Supreme Court, “evangelicals, Christians will love my pick.” He also says a key factor in his decision will be who can get through the Senate.

The Brody File conducted the interview Friday morning in the Blue Room at The White House. More newsworthy clips are coming soon. The entire interview can be seen this Sunday at 11pm on Freeform (cable TV, formerly ABC Family Channel) during our special CBN News show. This is just the third interview President Trump has done from The White House and it will be the only interview that will air in its’ entirety this weekend.

DAVID BRODY:” Let’s start with the Supreme Court. I know you’re narrowing down the list. I know you’ve talked about who you kind of have an idea of who is going to be this person, but let me ask you where does the final result lie? In other words, is it a gut instinct for you? Because they’re all good on this list. So what’s the bottom line factor when deciding?”

PRESIDENT TRUMP: “Well, I think also it’s who’s going to get approved. And you know we have to go through a process after I pick the person that I am going to be picking. I think I know, but I’m not 100%. I can’t guarantee it. We’re doing some further checking. The vetting, they call it the vetting process and the vetting process is very strong. But we have all 20 are fantastic people. You know we put out 20 before the election. I said these are the people I’ll pick. And I think the person I pick will be big, big I think people are going to love it. I think evangelicals, Christians will love my pick. And will be represented very fairly.”