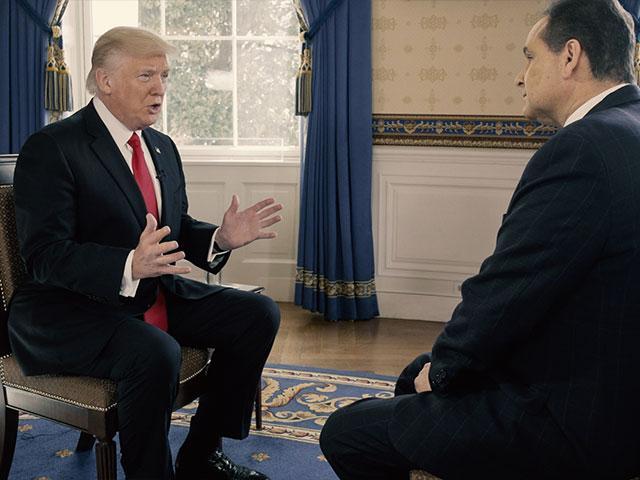 Well, this is exciting. Our Brody File exclusive one-on-one interview with President Donald Trump has marked a new chapter for Christian journalism.

The interview created more than 20 million impressions on social media, 4.1 million views, and more than 5,000 mentions in national and international media sources. These numbers tell the nation that this is a new day for Christian broadcasters.

Read more from the CBN News release below:

"Christian press is not niche in a country of 80 million evangelicals and over 200 million Christians. CBN News is glad to have a seat at the table to better serve our audience, an audience that believes faith has a place in the heart of the national conversation," said Rob Allman, CBN vice president and news director. "We will proudly continue serving as a trusted source of news for Americans who take faith seriously."

CBN has distinguished itself as a leader in the faith-based news industry.

During the interview Mr. Trump gave insights into his personal faith, U.S.-Mexico relationship, the Supreme Court, and refugees. All of which are topics that have sparked heated discussions throughout the nations.

"There are issues that sometimes the mainstream media does not capture. And it's important for those issues to get as much prominence as some of the mainstream ones," said Spicer in a recent interview. "Maybe by hearing from the Christian Broadcasting Network, we will  hear about an issue that otherwise would get drowned out," Spicer added. Of CBN, he also said, "They have a magnificent audience."