Oh No!  American Women are the Fattest People on Earth 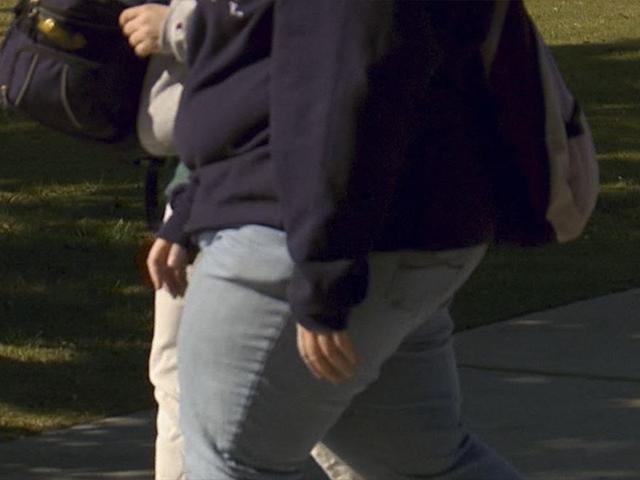 Oh No!  American Women are the Fattest People on Earth

The news is just bad, bad, bad. America is the most obese nation in the entire world.  38% of Americans over the age of 15 are obese, which is defined as a body mass index of 30 or more.  When you separate that number, American women are more obese than men. 40% of female adults are obese.  This according to an updated survey from the Organization for Economic Cooperation and Development. Thirty-five percent of American men are obese.

Furthermore, the OECD projected things will get worse, not better.  They predict by the year 2030, 50% of American adults will be obese.

Interestingly, obesity rates are directly tied to poor education.  That is to say, the more education a person has, the less likely they are to be obese.

5 Fattest Countries in the World, Percentage of Obese Adults

5 Skinniest Countries in the World, Percentage of Obese Adults

The OECD examined the populations of 45 of the most populous countries in the world and found the average obesity rate to be 19%.

In most countries, the OECD  found that women are more obese than men, though obesity rates for the male population are growing rapidly.

Education is a key factor.  Less schooling makes a woman two to three times more likely to be overweight than the more educated in about half of the eight countries for which the data was available.

So that's the information about obesity.  What about people who are overweight, but not obese?

That figure is at about 50% on average for all the countries surveyed. That means in the industrialized world, half of all people are over weight.

The organization did not explain why so many people are so heavy.  Perhaps it's the fact that there's just so much temptation to eat poorly.  In other words, you have to try really hard to maintain a healthy weight.  If you don't put much thought or effort into what you eat, it's very easy to become overweight or obese.

It didn't used to be that way.  It used to be healthy food was the norm.  There just wasn't a whole lot from which to choose. Forty years ago, fast food was practically unheard of.  If your town was big, you just had one McDonald's.   At that time they didn't have much on the menu.  The typical meal, a regular burger and regular fries didn't have that many calories compared to today's standards.  And people didn't eat McDonald's all that often.  Fast food wasn't part of the daily diet the way it is now.  It was a special occasion.

Then there's processed food. 40 years ago, people used to eat home-cooked meals from scratch.  They were pretty boring by today's standards...and much lower calorie.  Just about the only packaged food back then was "Hamburger Helper." It was a novelty.  Today, just like fast food, prepared foods are an everyday staple.  They have more calories and other additives, like MSG and chemical preservatives that have been linked to weight gain.

Then there's high fructose corn syrup, which in the last 20 years has been added to everything.  The abundance of this ingredient combined with the fact (although disputed by some) that HFCS doesn't make you feel full the way regular sugar does, so you always want more HFCS.

Finally, leave it to Americans to constantly create more appealing products, "build a better mouse trap,"  top the competitor.  Food manufacturers are out to make money, so they put a great deal of effort into product development and testing to create foods that are absolutely irresistible to us, not just to our taste buds, but foods that are convenient and priced right.

Although they didn't explain the cause of the obesity epidemic, the OECD did make some recommendations to curtail it.  These include nutrition information on packaged food labels, calorie information posted on restaurant menus, regulating marketing of unhealthy products to children and nutrition education to children in schools and adults on social media.