Should You Buy Coconut Oil or Leave it on the Shelf? 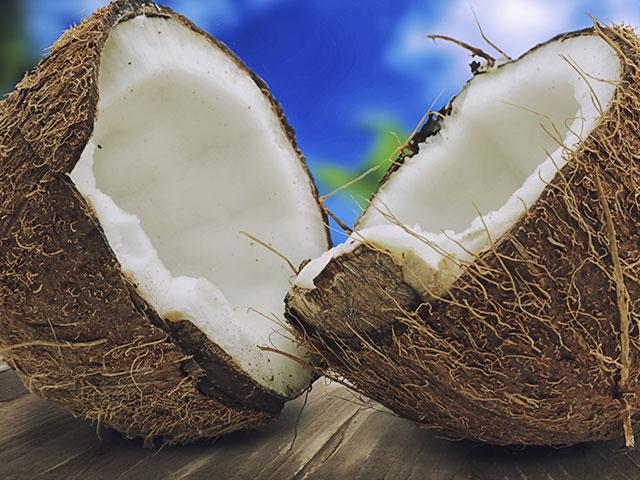 One of today's most popular health foods, coconut oil, sits in the cross-hairs of the American Heart Association.  For decades, the AHA has warned us about the dangers of eating saturated fat: things like butter, eggs, bacon, steak and yes, even coconut oil.  True to form, a recent advisory once again discourages consumption of saturated fats, to include coconut oil.

But is that the right advice? No, according to a growing number of doctors, scientists and nutrition experts.  It all boils down to the basic question: Is saturated fat bad for you?

There is deep division within the health community about whether saturated fat is harmful to our bodies. For decades, virtually all doctors and other health professionals told people to stop eating saturated fat based on the belief that it raised "bad" LDL cholesterol and that cholesterol caused heart disease.

Upon that advice, people stopped eating saturated fats and replaced them with trans fats, like the kinds in processed foods, refined Omega-6 fats such as vegetable, corn and soybean oil, sugar and other carbohydrates.  The result was the exact opposite of what was predicted.  The incidence of heart disease substantially increased as did obesity and related conditions like diabetes.

In recent years, the original research showing saturated fats are harmful has been largely debunked.  Some even claim conspiracy theories. Although many doctors and nutritionists to include the AHA still discourage the consumption of saturated fat, more and more health experts say they're fine to consume, adding that are actually good for you.

This is based on new evidence showing that "bad" LDL cholesterol comes in two particle sizes: large and small, the large being good, and the small leading to heart problems.  The small, harmful LDL particles are caused by eating too many trans fats, not saturated fats.  In fact, physicians like Dr. Eric Westman point out that saturated fats increase "good" HDL cholesterol better than anything else.

But it doesn't stop there.  An increasing number of physicians, even heart doctors, like Dr. Stephen Sinatra, say cholesterol isn't even the cause of heart disease.  "Cholesterol is at the scene of the crime, but it's not the perpetrator," according to Sinatra.  He says inflammation is the true cause of heart disease, and inflammation is caused by eating too much sugar and other carbohydrates, trans fats and refined Omega-6 fats, not saturated fat.  Sinatra further concludes that since high cholesterol doesn't cause heart disease, the millions of Americans taking cholesterol-lowering statin drugs don't need them, which cause terrible side-effects like leg cramps and brain fog.

In addition to raising our good cholesterol, saturated fats strengthen the membrane surrounding our cells throughout the body.  But when it comes to brain cell health in particular, coconut oil stands out.  In fact, neonatologist Dr. Mary Newport discovered it actually reversed Alzheimer's symptoms in her husband because it bypassed the brain cell glucose-uptake problem common in Alzheimer's patients.  Likewise, neurologist Dr. David Perlmutter says saturated fats, particularly coconut oil, are an essential ingredient to overall brain health.

Coconut oil is also touted as an immune system strengthening agent.  Because it is a natural antimicrobial, it kills bad bacteria, freeing the immune system to attack viruses and has even been shown to combat viruses like Herpes and HIV, according to lipid expert Dr. Beverly Teter.

Health professionals who advocate the consumption of saturated fats do typically issue the following caveats: