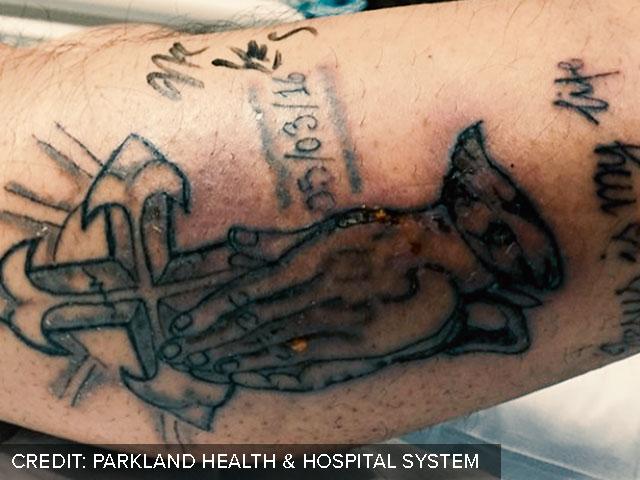 A Texas man apparently broke the number one tattoo rule and it cost him his life. Doctors at Parkland Memorial Hospital in Dallas say a patient died after contracting a severe infection from swimming in the Gulf of Mexico just five days after getting a tattoo.

The 31-year-old Latino man, whose name was not released, was living in Texas. On his leg, he had a large image of praying hands and a cross with the words, "Jesus Is My Life" tattooed beneath the picture.

Related: Should Christians Get Tattoos?  Click here to watch 700 Club Interactive present the pros and cons.

When he was admitted to the hospital, he was in the early stages of septic shock. He was experiencing severe pain, fever, chills and redness on and near his tattoo, according to Dr. Nicholas Hendren, an internal medicine resident at University of Texas Southwestern Medical Center and lead author of a report on the incident published in BMJ Case Reports. "Within a few hours, things had progressed pretty quickly," he said. "More bruising, more discoloration, what we call bullae, or mounds of fluid that were starting to collect in his legs, which, of course, is very alarming." He died in the hospital two months later.

The patient was diagnosed with Vibrio vulnificus, a bacterium commonly found in coastal ocean water. The CDC estimates this infection causes 100 deaths every year in the United States. Most people with a strong immune system fight off the bacteria. However, those who die from it have usually have chronic liver disease, cancer, diabetes or HIV. In this case, the patient had chronic liver disease from drinking six 12-ounce beers a day, according to CNN.

"In the USA, most serious infections appear to occur with the ingestion of raw oysters along the Gulf Coast, as nearly all oysters are reported to harbor V. vulnificus during the summer months and 95% of cases were related to raw oyster ingestion," according to the report. Since most infections are the result of eating raw oysters, Hendren stressed the only way to kill the bacteria is by cooking them. People with liver disease should not eat raw oysters because they're at risk for developing this type of infection.

People who get a tattoo must keep it clean until it heals. Above all, that means not soaking it. Swimming is out of the question. Even baths should be avoided. Showers should be quick. Antibacterial ointment must be applied to the tattoo regularly. That's because bacteria in water can seep into the body through the many tiny holes caused by tattoo needles puncturing the skin.

Dr. Hendren never got the opportunity to ask the patient directly whether he was aware of the advice against swimming soon after getting a tattoo, but said the man and his family were unaware of how a serious infection can progress so quickly.