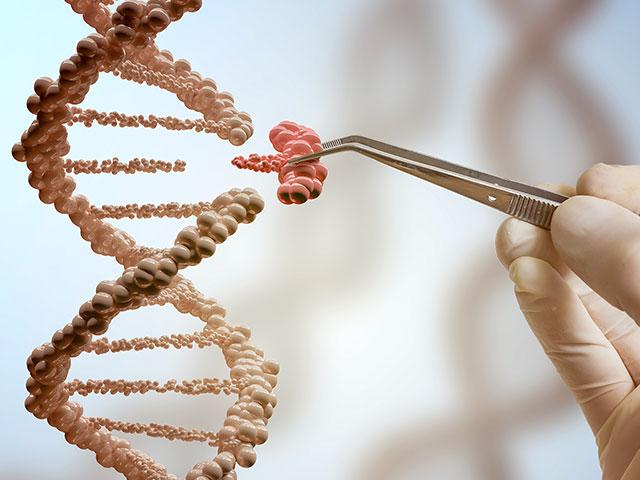 A new medical breakthrough is so controversial it can be seen as both an answered prayer and a frightening perversion of the human race. It's called gene editing. Just like the name suggests, the technique allows scientists to literally remove certain parts of the DNA of a human embryo and replace it with different DNA.

Although this latest technology has been around for about two years, just this week the results of dozens of successful genetic edits were published in the journal Nature. In each of these cases, scientists from Oregon Health and Science University removed a gene for a terrible heart condition that causes sudden death later in life. Then they replaced it with a healthy gene, therefore eradicating the risk of the heart problem.

Scientists have identified about 10,000 specific genes that lead to some of the most terrifying health problems such as Alzheimer's disease, certain types of cancer, cystic fibrosis and sickle cell anemia. In all these cases, gene editing can get rid of them before they take hold in a person. Imagine how this technique can prevent pain and death.

Of course, there's a down side: so-called "designer babies." The same technology that allows scientists to replace genes to prevent death and disease, could also allows them to replace genes for non-life threatening reasons. Medical ethicists worry that people will pay to program their child's DNA to make them taller, smarter, more athletic and so on.

The technology that makes successful and safe gene editing possible is called CRISPR. It is relatively inexpensive and able to conform to many laboratories.

Right now gene editing is still only being done in labs. However there is little doubt it will advance to the clinical stage. Already scientists are warning the practice should be heavily regulated. Most medical ethicists say gene editing should be illegal unless medically necessary to save the life of a patient or spare the patient from suffering.

Although that sounds noble, it might be difficult to enforce, in the Unites States as well as in other countries. While it may do a great deal of good, it may be only a matter of time before the technology falls into the wrong hands, where patients and doctors conspire to use it for less than noble purposes.