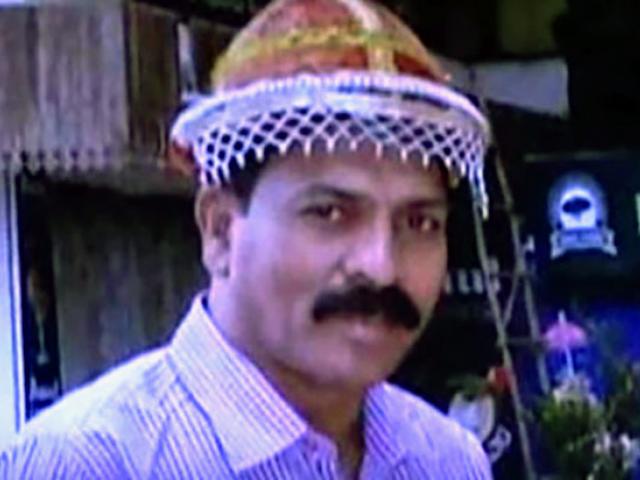 Members of a Hindu militant group in India have struck again, gunning down a Christian pastor outside his church.

On Saturday night, members of the radical RSS (Rashtriya Swayamseval Sangh) telephoned Pastor Sultan Masih to lure him outside his Temple of God Church  in the Ludhiana District of Punjab.

Shortly afterwards, the pastor was shot down by two young men passing by on a motorcycle.

WARNING! This video is a graphic depiction of his murder taken by church security cameras:

The pastor's son, Anoop Masih heard the gunshots, ran outside the church building, and found his father lying on the road. He screamed for help and church members stormed out of the building and rushed Pastor Masih to a local hospital where he was pronounced dead.

Two children reportedly witnessed the shooting that occurred at 8:45PM as church members prepared for their 25th anniversary celebration. Because the murder occurred at night, the children and police were unable to identify the gunmen.

Fellow pastor Balwinder Kumar told police that RSS members had quarreled with Pastor Masih on several occasions and accused him of converting Hindus to Christianity.

"The RSS activists accused him that, 'You Christians get paid for converting people. How much do you pay the converted?'

Kumar said the pastor denied the accusations, but RSS members refused to believe him. They also warned him against holding the anniversary celebration.

In addition to co-founding the Temple of God Church, Pastor Masih also ran a school for impoverished children.

Members of India's tiny Christian community (2%) took to the streets in protest. Many have expressed alarm over a rise in attacks against them.

India's Christians say President Narendra Modi has done little to prevent or discourage the murder of Christians and pastors like Sultan Masih.

When he was a teenager, Modi was a member of the RSS and non-Hindus say that is why he has done little to protect them-- they believe he is actually sympathetic to militant Hindu efforts to turn India into a Hindu-only nation.

This video of Pastor Masih's funeral was posted on YouTube:

Pray for Pastor Masih's wife Sarabjit and two sons. Pray for India's Christians—that God will protect them and grow a strong and fearless body of believers in India.

And pray that Secretary of State Rex Tillerson and President Trump will voice concerns with the Indian government and demand government protection and religious freedom for Christians and other religious minorities in the world's largest democracy.