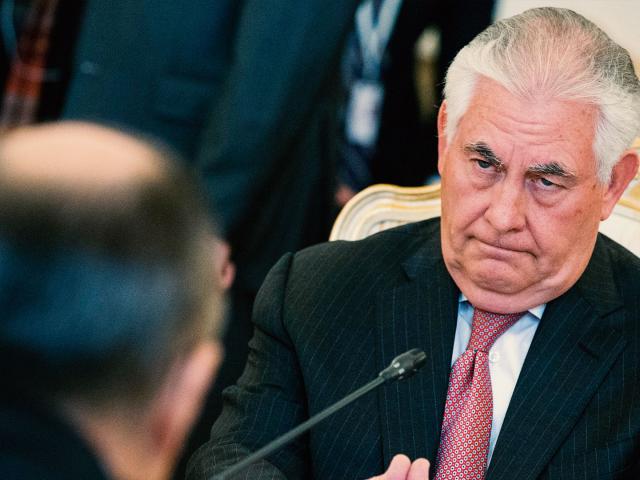 The on-again, off-again genocide determination for Middle East Christians and Yazidis is on-again.

That word comes from religious freedom lawyer and expert Nina Shea, Director of the Center for Religious Freedom at the Hudson Institute.

Late last week, reports surfaced that some lawyers at the State Department had ordered that all genocide references describing the Islamic State's mass extermination of Christians, Yazidis and other religious minorities be removed from official government documents.

That caused an uproar from human rights advocates and some Trump supporters who thought the president was a friend of persecuted Christians and Yazidis in the Middle East.

Shea talks about that on The Global Lane and the lack of U.S. taxpayer dollars going to help Christian refugees in Syria and Iraq.

Also, what does she think of President Trump's appointment of Kansas Governor Sam Brownback as the nation's next Ambassador at-large for Religious Freedom? Might his hands be tied by the same Obama Administration holdovers at Foggy Bottom?

Watch our Where in the World segment for some insights.