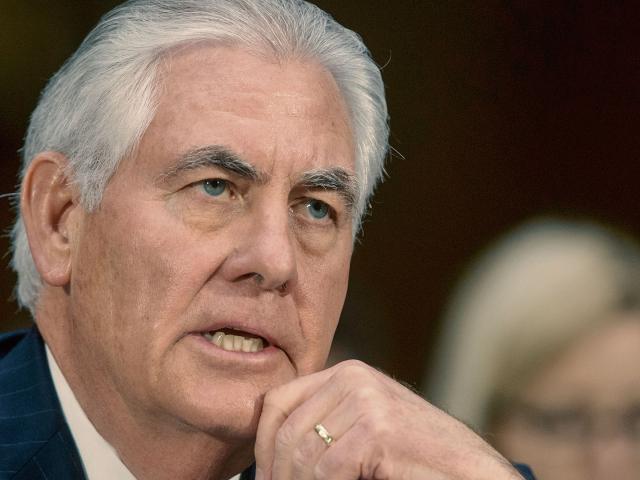 Just back in the U.S. from Beijing, Asia reporter Mengfei Li appeared on The Global Lane to tells us what Chinese millennials told him about North Korea. Do they share Trump's sense of urgency about the threat to America and the world?

Secretary of State Rex Tillerson is on his way to the Philippines to attend the Association of Southeast Asian Nations (ASEAN) Regional Forum, a gathering of minsters from 10 Southeast Asian nations. Topping the unofficial agenda will be shared concerns over North Korea and the rapid advance of its long-range missile capabilities.

North Korean ICBM's not only pose a threat to the United States, but also to America's ASEAN allies.
President Trump still believes China holds the key to reigning in Kim Jong Un and pressuring him to behave.

Un's most recent intercontinental ballistic missile test, launched just one week ago, was thought to be capable of possibly striking Los Angeles and even Denver.

Pentagon officials described the North Korea launch as "reckless"--another provocation that was done "with no coordination." That's because it crossed the flight path of an Air France 777 jetliner with 323 people on board that was traveling from Tokyo to Paris.

Our CBN News National Security Correspondent Erik Rosales reports, "The United States, through the State Department, is taking a softer approach to North Korea, telling the cloaked country and its leader that the U.S. is not the enemy."

Secretary Tillerson may reassure ASEAN members meeting in Manila that the U.S. intends to cool the war talk and ratchet down the anti-Pyongyang rhetoric.

Why hasn't China responded to Trump by taking on a greater role in reigning in Kim Jong Un, and what do the Chinese people think of all this?

If China takes the lead and is unsuccessful in convincing Kim to back off, then President Xi and other Communist Party leaders will lose face. It's better to have America take the lead and deal with the consequences.