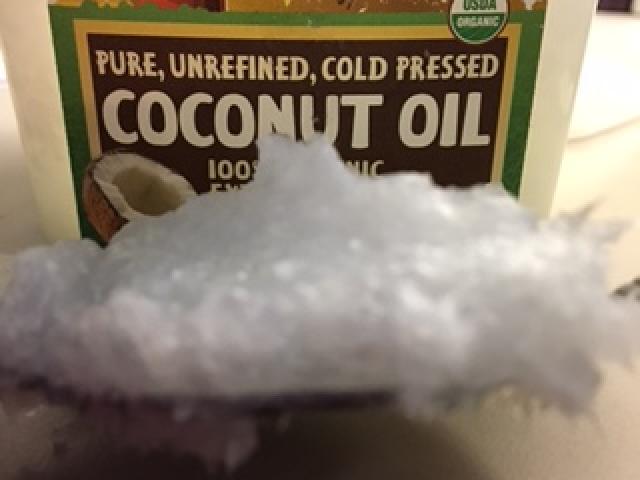 Many people take a tablespoon of coconut oil every day because of the way it has been shown to improve brain health.

Among other things, it's been linked to the prevention, even reversal, of symptoms associated with neurodegenerative diseases such as Alzheimer's and Parkinson's because of its ability to provide an alternative energy source, ketone bodies, to brain cells in instances where glucose uptake is posing a problem.

The remarkable cognitive benefits of coconut oil sometimes overshadow its other amazing attribute: the ability to fight viruses. Several research studies have documented how coconut oil actually eradicates viruses such as herpes, AIDS and the flu.

That's why as cold and flu season approaches, you may consider adding a tablespoon of organic, first cold-pressed coconut oil to your immune system arsenal. That means cooking with it as well as simply taking a spoonful a day. It has the same effect.

Coconut oil is made up of high amounts of immune-boosting lauric acid. In fact, coconut oil is almost 50 percent lauric acid, making it the greatest source of lauric acid aside from human breast milk.

What makes lauric acid so effective at fighting disease is the fact that when it's metabolized with another type of acid in coconut oil, capric acid, it results in monoglycerides that literally destroy viruses by tearing down the coating surrounding them.

This is great news because there are very few effective treatments to fight viruses.

Antibiotics do not kill viruses. They do not work when you have a viral infection. This can be confusing, because most of the time when you're sick, you have a virus. Nevertheless, your doctor will most likely prescribe an antibiotic, even though it won't cure you and your doctor knows it.

Why then, do doctors prescribe antibiotics when they know it won't work on a viral infection?

Many doctors (incorrectly) believe that taking antibiotics won't hurt the patient even if it doesn't help them. The other reason is because there is a chance the patient has a bacterial infection, in which case antibiotics will indeed work.

Doctors typically don't know whether a patient has a viral or bacterial infection. The test takes about three days, and most people don't want to wait that long.

The scientific community is increasingly discovering the importance of good bacteria in our intestinal system. These good bacteria are responsible for our overall health, including our immune system and brain function. Antibiotics kill all bacteria: the bad ones that infect us, but also the good ones that keep us healthy.

That might include coconut oil. In addition to fighting viruses, coconut oil has also been proven to fend-off bad bacteria, thus thwarting bacterial infections. Coconut oil also kills fungi and parasites and is a powerful antioxidant.

"Lauric acid is a medium chain fatty acid, which has the additional beneficial function of being formed into monolaurin in the human or animal body. Monolaurin is the antiviral, antibacterial, and antiprotozoal monoglyceride used by the human or animal to destroy lipid-coated viruses such as HIV, herpes, cytomegalovirus, influenza, various pathogenic bacteria, including listeria monocytogenes and helicobacter pylori, and protozoa such as giardia lamblia. Some studies have also shown some antimicrobial effects of the free lauric acid."

University of Maryland lipid biochemist researcher Dr. Beverly Teter puts it this way: "The coconut oil tends to keep the bacteria down so that if you're assaulted with a virus, your immune system can concentrate on the virus. It doesn't have to concentrate on 27 other bacteria that day."

Some people are concerned about taking coconut oil because it is a saturated fat, which has been linked to heart disease. However, a growing number of doctors say saturated fat has been unfairly demonized in the last few decades.

"Saturated fat, the fat that we've been taught not to eat, raises your good cholesterol best of all the foods you can eat," he explained.