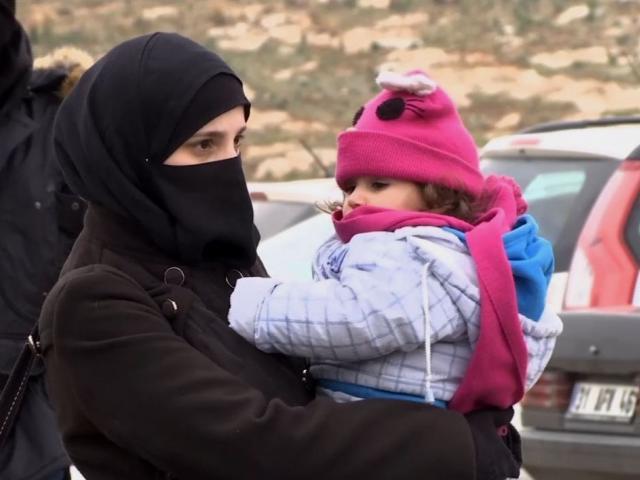 A favorite Christmas song heard on radios and digital media players this time of year is “It’s beginning to look a lot like Christmas.”

How many times have you joined in singing when you’ve heard Bing Crosby, or Michael Bublé croon that tune?

But what does Christmas look like throughout the Middle East this year?

Unlike us in America, many Christians won’t witness their children’s faces all aglow as they decorate their Christmas trees, or as they gleefully fix their eyes on strands of blinking LED lights. Fewer this year will open neatly wrapped packages, devour honey glazed hams, snuggle around a crackling fire with a loved one, or sing Christmas carols with the church choir on Christmas Eve.

--In Egypt, Coptic Christians still grieve the loss of 25 people—mostly women and children during an Islamic terrorist bombing at Cairo’s St. Mark’s Cathedral. Some may fear attending Christmas worship in their churches this year. It seems members of al-Qaeda, ISIS, and the Muslim Brotherhood love to murder innocent Christians during the Advent and Lenten seasons.

--In Iraq, many Christians, Yazidis and Muslims are still unable to return to villages liberated from ISIS during the Mosul offensive which began this fall.  Tens of thousands will spend this Christmas living in tents struggling to stay warm as temperatures drop below freezing. CBN is helping many of them. Take a look here: CBN Iraq Relief.

-- And in Aleppo. At least ten thousand people were evacuated lasts week as Syrian government troops finished their fight to rid Syria’s largest city of jihadist rebels. The evacuations were halted, but reportedly started up again at the direction of the U.N. Most Aleppo evacuees will spend this Christmas living in tents in Turkey or other neighboring countries.

Fighting has left much of the amazing and historic city in ruins. Thousands of lives have been lost, others have suffered debilitating injury or illness, children and adults have been traumatized.

Take a look at the latest:

As you gather with family and friends this Christmas, count your blessings and please remember your brothers and sisters in Christ and others who are suffering in the Middle East and around the world. Pray for their provision, and ask God to reveal how you may make a difference for them.

And pray that instead of looking to governments to save them, those who are suffering will embrace the baby whose birth we celebrate—The One who came into the world to save us all.