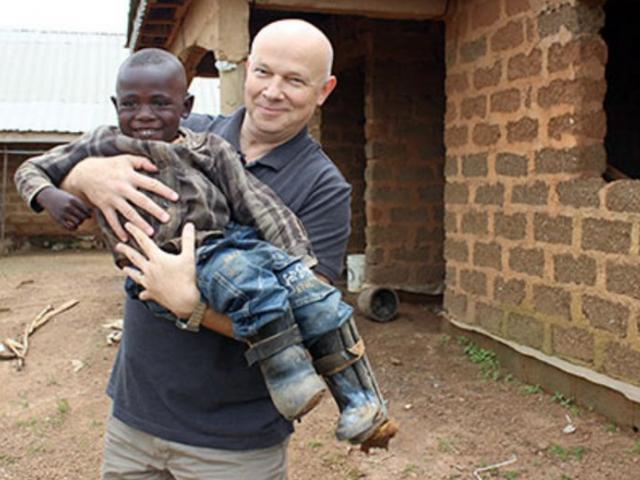 Sudan is on President Donald Trump’s visa ban list because its government has perpetually allowed jihadists to base training camps in the country. But another reason for concern is Khartoum’s brutal treatment of Christians.

The Czech foreign ministry says the court’s decision was not backed by facts.

Jasek was arrested and jailed in December 2015 for crossing “illegally” from South Sudan into Sudan’s South Kordofan state.

South Kordofan is home to Sudan’s Nuba Mountain and its people—Christians and Muslims alike have suffered for many years at the hands of president Omar al-Bashir and his military.

I too, have visited the Nuba Mountains on several occasions and have documented the bombings and human rights atrocities committed against the people there.

Jasek visited the Nubas to share the love of Christ with them. The UK-based Release International, an organization that helps persecuted Christians said Jasek was jailed with three other Christians because they were helping to provide medical assistance to a student from Darfur who was burned during a rally.

To learn more about what is happening in the Nubas, take a look at this story I did back in 2014:

I know Jasek, and I’ve spent time with him in South Sudan. He is a kind, compassionate man who loves Jesus and feels called to help Christians, Muslims and others who are suffering.

The Czech government is trying to negotiate Jasek’s release.  Appeals of his case and those of fellow Christians Hassan Abdel Rahim (14-years) and Abdelmoneim Abdulmulli (13-years) are expected.

Please pray for these three men and their families. Pray that God will visit them and bring them encouragement. Pray they will be reassured that He will never leave nor forsake them. --Joshua 1:5

And pray they’ll soon be reunited with their families.