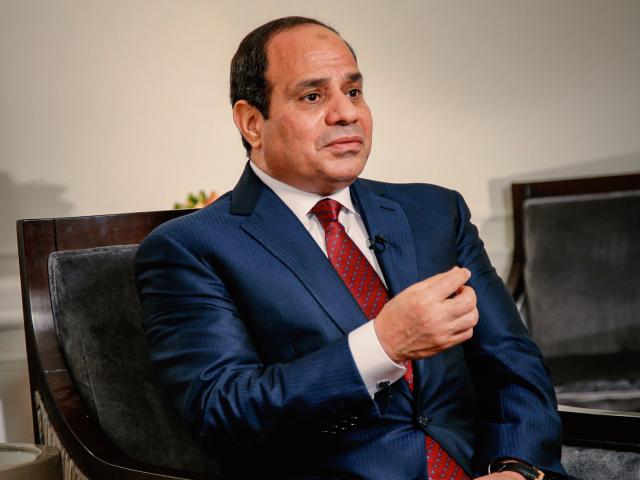 In July 2013, when General Al-Sisi seized power after millions of Egyptians took to the streets demanding an end to  Muslim Brotherhood rule, the country’s Christians—led by Coptic Orthodox Pope Tawadros stood beside him.

Nearly four years later, many Egyptian Christians feel they made a mistake.

Christians suffered immensely under the Muslim Brotherhood and at least 80 churches and Christian religious institutions were burned or damaged by brotherhood supporters in August 2013, but they say little has changed for them under President al-Sisi’s rule.

Christians are still struggling to protect their lives, homes, churches, business, and daughters from militant Islam and they say the government has done little to change it.

Coptic Solidarity reports a rise in attacks during the past two years and at least 30 cases of violence against Christians since last fall.

President al-Sisi is likely to tell President Trump that he’s done much to treat Christians as important members of Egyptian society and that he worked hard to convince parliamentarians to pass a new church construction law. Coptics say the 2016 law is full of loopholes and restrictions that still make it difficult for new churches to be built, or for improvements to be made to existing ones.

When militant Muslims attack Christians in their neighborhoods and villages, often police and firefighters are slow to respond and Christians say on many occasions, Christian victims are jailed instead of the Muslim perpetrators.

Community leaders hold so-called “reconciliation meetings” to resolve disputes between Muslims and Christians. The gatherings are often use by Muslims to intimidate Christians and force them to accept terms favoring the Muslim majority. Many times Christians are pressured to drop police complaints against their Muslim attackers, or they are forced to leave their homes and move to another village.

While members of this ancient Christian community pray for relief, they realize God, not government is their only hope and true protector.

But Christians say there is more al-Sisi can do to help them thrive as equal members of Egyptian society.

Al-Sisi’s visit—less than 80-days into the Trump presidency demonstrates the importance President Trump places on the U.S. Egypt friendship.

A true friend openly expresses concern about the other’s harmful behavior. Honesty is an important part of friendship, and so is an insistence that friends demonstrate a commitment to conduct that is worthy of the relationship.