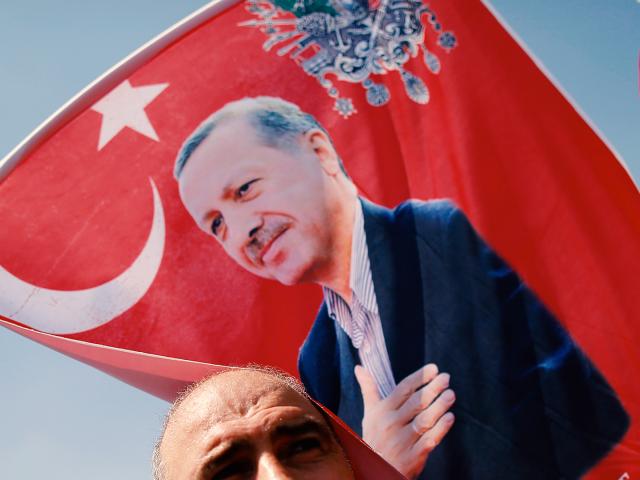 Fresh from his controversial (and possibly rigged) referendum victory, it appears Turkish President Recep Tayyip Erdogan may now view himself as the chosen successor of a revived Ottoman empire, the Sultan of a new Islamic caliphate.

It has nothing to do with what he has said, but rather the symbolism of what he did immediately following his electoral victory.

Erdogan demanded that voters approve new, expanded presidential powers which would grant him the ability to dissolve the Turkish parliament, appoint five out of thirteen Supreme Court justices and issue public decrees without parliament’s approval.  Less than 52% of Turkish voters approved the referendum. He lost the vote in the cities of Istanbul, Ankara and Izmir.

So, what did the Turkish president do immediately after his razor-thin win?

Instead of spending time greeting and shaking the hands of those who approved his referendum, Erdogan visited the tombs of several deceased Ottoman leaders. Especially noteworthy were his visits to the tomb of Mohammed’s companion Eyyub Al-Ansari Mehmet and the burial shrine of Ottoman Sultan Selim I.

At several stops, he was heard singing Koranic verses. One was from the first surah:

“Guide us on the straight path…not the path of those who have brought down wrath, nor those who wander astray.”

But his appearance at the tomb of Selim I was the most telling. Selim I was the Ottoman Sultan who in 1517 defeated the Mamluk Sultanate in Egypt and thus became the caliph of the entire Muslim world.

As he stood before the tomb of Selim I, Erdogan gazed upon the caliph’s caftan and gently touched it. Would the garment become his, and more importantly, would he inherit the powers of the conquering Turkish caliph?

The Daily Sabah reported the spiritually sacred caftan had been hidden for many years after a man named Abdallah Golen attempted to smuggle it into the United States. Only recently was it repaired and return to the tomb of Selim I.

More than thirty years ago when I first worked in the Middle East, one source told me that instead of listening to what leaders say, I should watch what they do.

In the hours and days immediately after his referendum victory, Erdogan did not declare himself as the new caliph of the Muslim world. But his actions may be a harbinger of what may come.

500 years later, it may be time for Arab leaders—especially Egyptian President Abdel Fattah al-Sisi to keep a watchful eye on their Turkish neighbor to the north.